Science. The SOFIA research aircraft records infrared radiation to keep a close eye on space. A solution from Eplan is now being used to provide the complex electrical engineering.

The higher up you are, the more you can see – and the same goes in astronomy. If you want to explore the universe in the infrared spectrum, you won’t find out much if you’re working from ground level, which is why – back in 2010 – the National Aeronautics and Space Administration (NASA) and the German Aerospace Center (DLR) launched what was at that time the world’s only flying observatory.

A Boeing 747SP was fitted with a 17-ton telescope incorporating a mirror with a diameter of 2.7 metres for in-depth insights at altitudes of between 12 and 14 kilometres. The aircraft is known as SOFIA (Stratospheric Observatory for Infrared Astronomy) and takes off several times a week from Palmdale, California, in the United States for research flights. Scientists have already detected several previously unknown molecules and can study the formation of stars in detail.

SOFIA’s infrared telescope was manufactured in Germany and is a masterpiece of mechanical and instrument engineering. “It can be aligned with an accuracy of 0.2 arc seconds and is mounted with such precision that the weight of approximately eight tons can be moved in three dimensions with just a finger,” explains avionics engineer Simon Beckmann, who is jointly responsible for telescope electronics at the German SOFIA Institute (DSI).

But what does 0.2 arc seconds actually mean? “To give you some kind of idea, the telescope is capable of using a laser to locate a 1 cent coin from a distance of 16 kilometres while in flight – all in hurricane-like conditions, travelling at an airspeed of 800 kilometres per hour,” continues Beckmann. The tasks involved in operating SOFIA are very strictly divided. NASA and the Universities Space Research Association are responsible for flights and the aircraft, the SOFIA Science Mission Operation Center at the NASA Ames Research Center in Mountainview, California, takes care of scientific operations, and the University of Stuttgart’s DSI is in charge of the telescope’s maintenance and ongoing development. 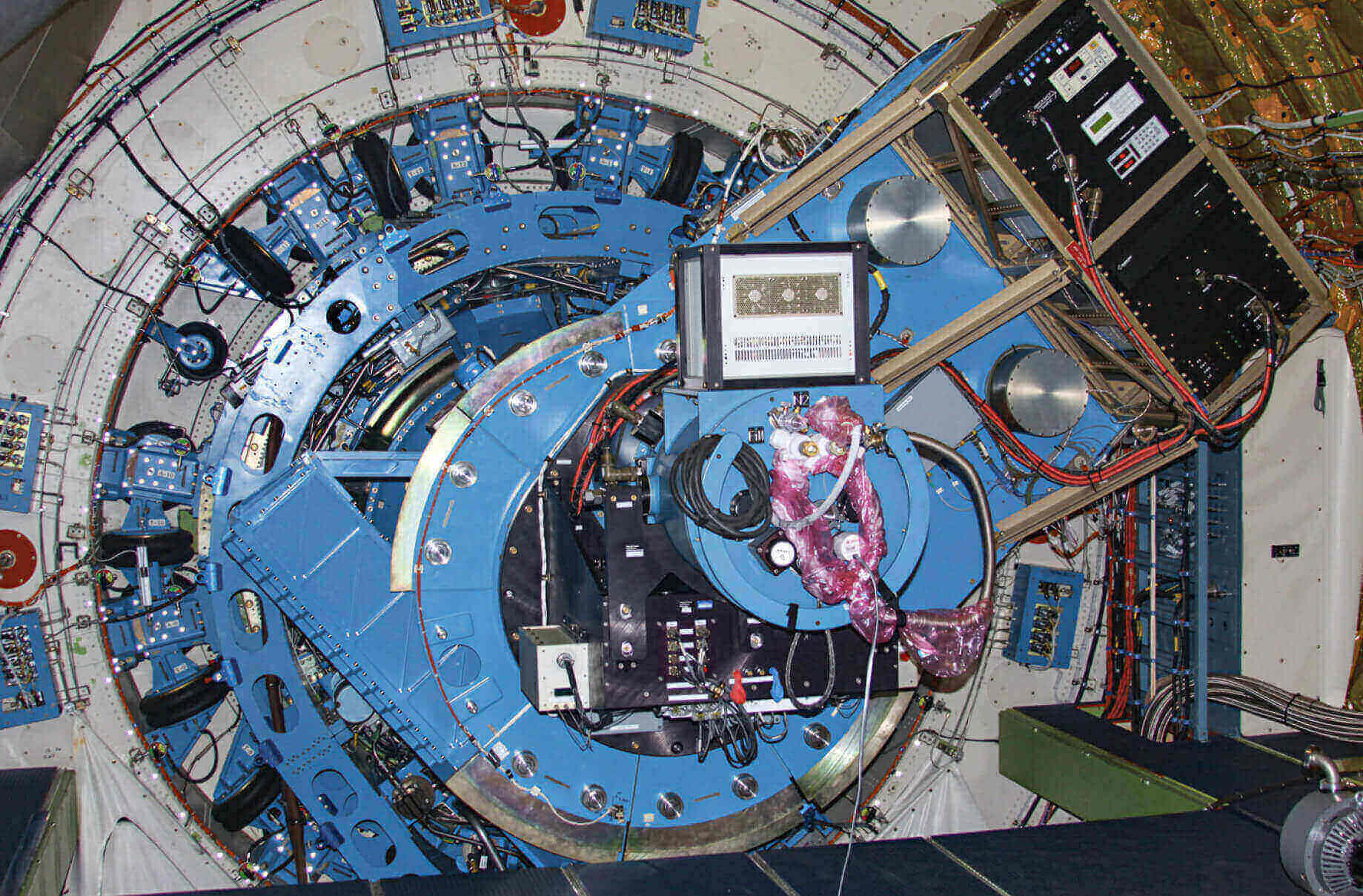 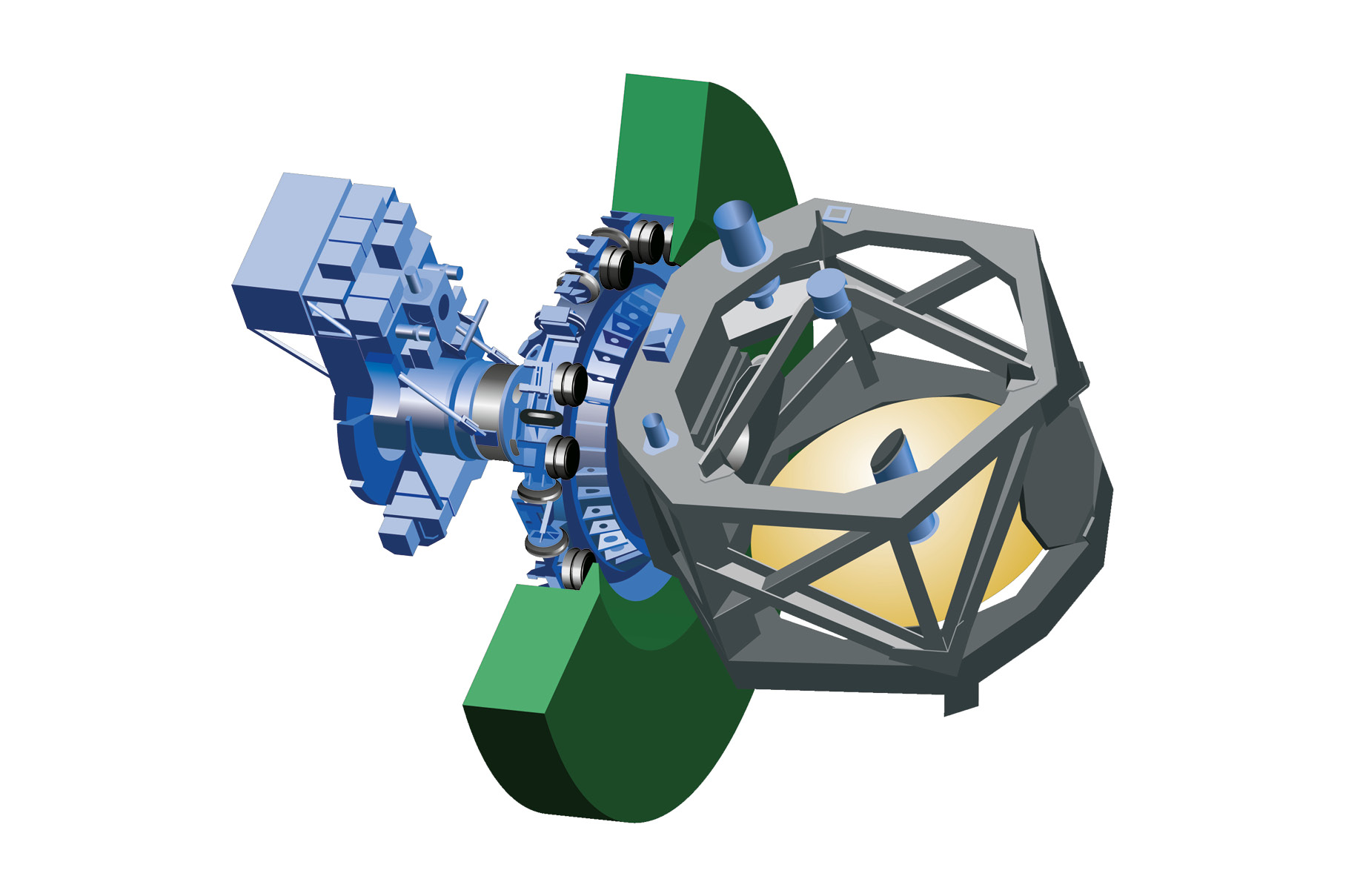 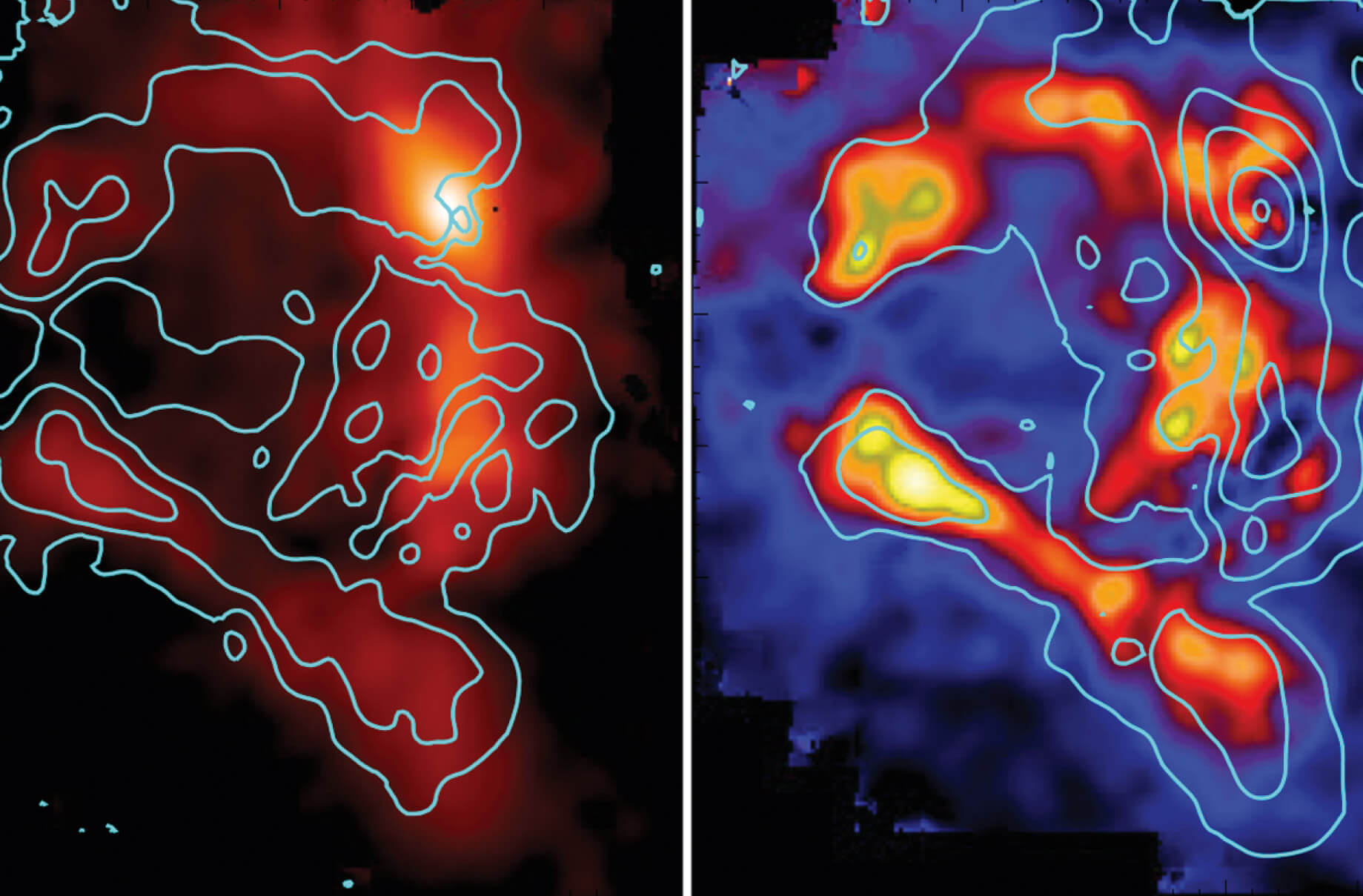 back Part 2: More than standard version
back

The way to the perfect enclosure

Industriepark Höchst is undergoing a change