Energy in a box

Mercedes-Benz Factory 56 started operating in September 2020. The company’s new S-Class Saloon is among the vehicles being manufactured at this showcase factory in Sindelfingen – and all on a zero carbon basis from the outset. Overall, Factory 56 consumes a quarter less energy than other assembly plants. How does it achieve this? The answer lies in the use of DC technology in two energy storage systems powered by Mercedes-Benz Energy and Rittal.

1
Energy in a box
2
Interview: Energy storage – the key to success
3
Interview: IT needs energy

Being in the thick of the action is different to standing on the sidelines. The two energy storage systems fit in perfectly next to the factory building. They would almost go unnoticed, were it not for the “Mercedes-Benz Energy Storage” in big, bold lettering on the outside – and this is one instance where the system in question certainly does exactly what it says on the box. The stationary energy storage system has a total capacity of 1,400 kWh and is supplied with green electricity from the factory’s own photovoltaic system via a DC grid. The energy is actually stored by second-life batteries. These plug-in hybrid batteries were previously used in Mercedes-Benz electric test vehicles. During their second life, they will spend an estimated ten further years storing surplus solar power.

The combination of photovoltaic system, DC grid and battery storage system has moved on from its former showcase or lighthouse project status. In the here and now, it is supplying up to 30 per cent of the energy needed for production – from solar power that is generated in-house. The 12,000 modules of the photovoltaic system on the production plant’s roof have an annual output of around 5,000 MWh. The aim is to use this directly and efficiently in-house for building services, intralogistics and production technology. Any energy that is to be stored on a temporary basis is transferred to the Mercedes-Benz Energy battery storage system.

Michael Scholl, Key Account Manager Automotive International at Rittal, explains what the stored energy is used for: “Energy storage systems are a key component in energy flexibility – not just in smart homes, but also in industry. They provide the technology to postpone energy consumption, balance load peaks and safeguard the emergency power supply if necessary. In the medium term, smart factories with energy storage systems will supply power to the grid and help stabilise our European power supply system.” Like anything to do with renewable energies, however, what sounds extremely simple and logical in fact requires a great deal of hard work at the development stage to make it happen. “Here at Rittal, we also provide key services for integrating energy storage systems, such as research and development, planning and project management,” continues Scholl. This is important, because energy storage solutions in particular depend on intelligent and efficient cooperation between numerous components – from batteries, power distribution and climate control to monitoring and controlling the entire system.

was stored in large storage systems with installed battery systems worldwide in 2018.

is set to be stored in large storage systems with installed battery systems worldwide by 2040.

Even before it was commissioned to work on the two energy storage systems for Mercedes-Benz Energy in 2018 and 2019, Rittal was part of a development consortium at the Mercedes-Benz site in Sindelfingen, along with a number of other high-profile companies.

The basic idea is to operate an efficient DC grid to supply production facilities with green electricity, some of which will be recovered and stored. “The fact is, smart DC grid and energy storage applications that are currently being implemented in the field at companies such as Mercedes-Benz are becoming game-changers. Given that sustainability and profitability now go hand in hand, it’s evident that industry is willing and able to actively drive the transformation from fossil fuels to renewable energy,” says Scholl.

INSIGHT INTO A BATTERY STORAGE SYSTEM

Details of the components Rittal installed in the pre-assembled energy storage systems at Mercedes- Benz in its role as system supplier are classed as a trade secret. However, it almost goes without saying that energy storage solutions of this kind need a climate- proof steel enclosure, rack systems with heavy-duty shelves to hold the batteries securely, raised floors for problem-free cable laying, robust power distribution and intelligent, in this case entirely DC-based climate control. 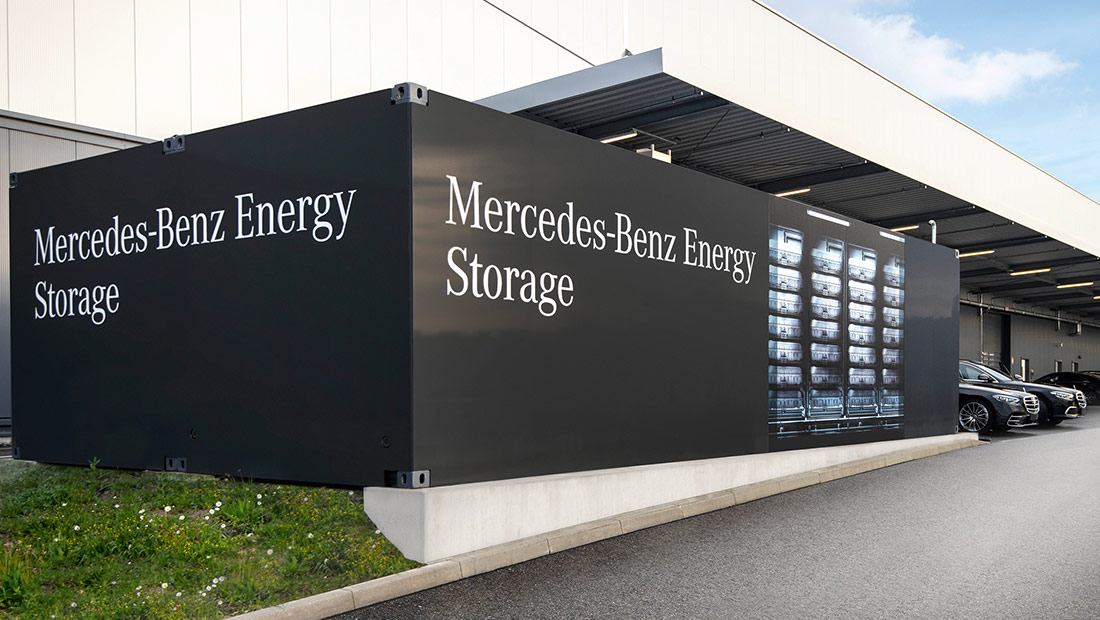 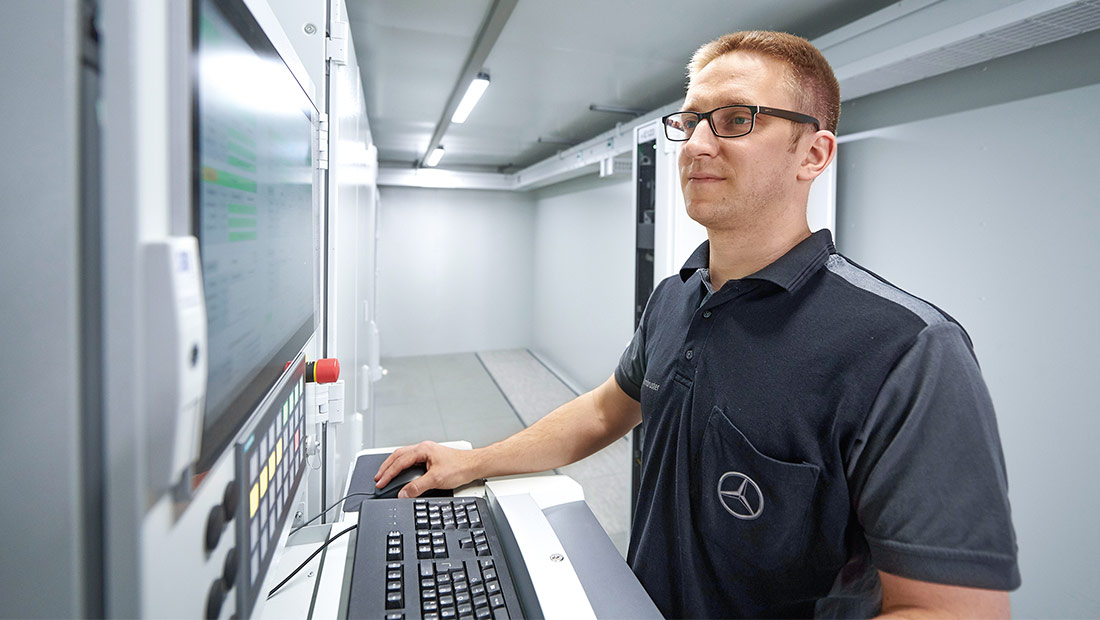 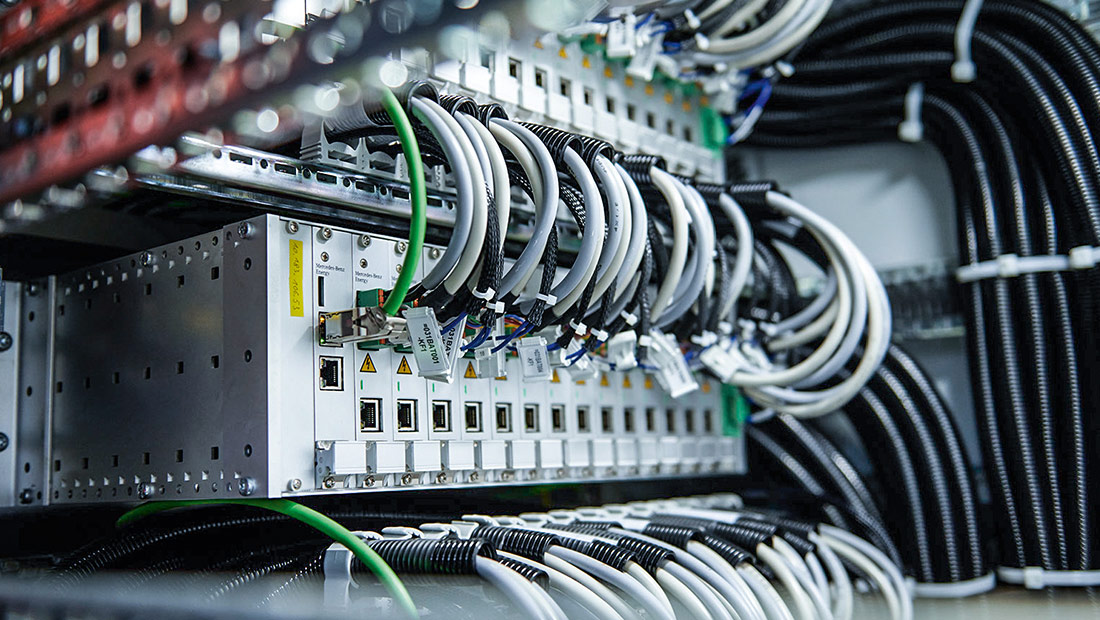 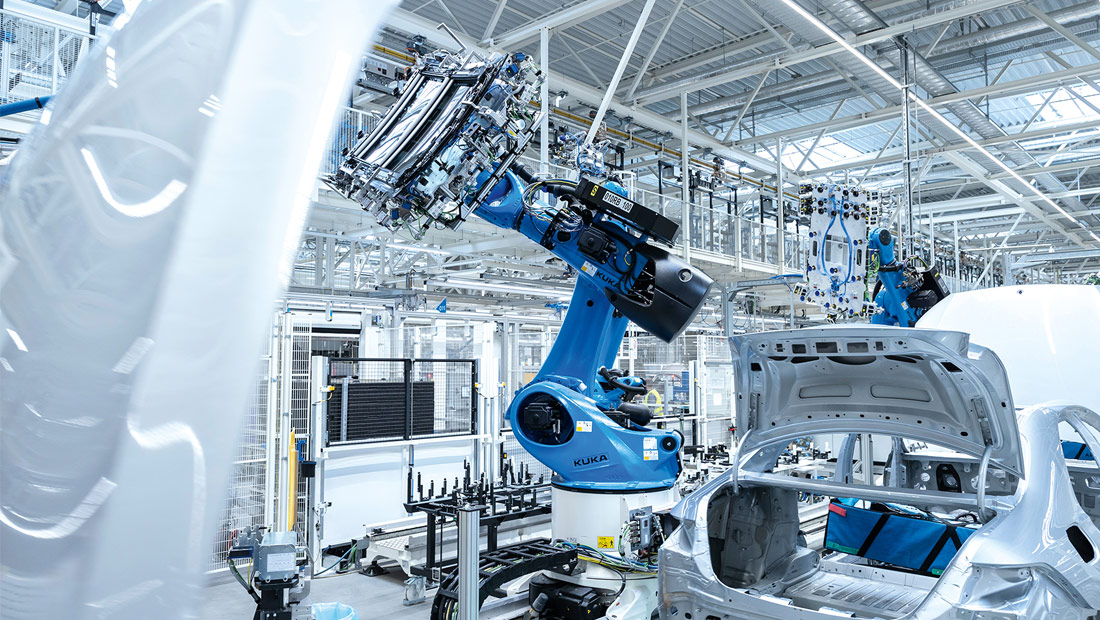 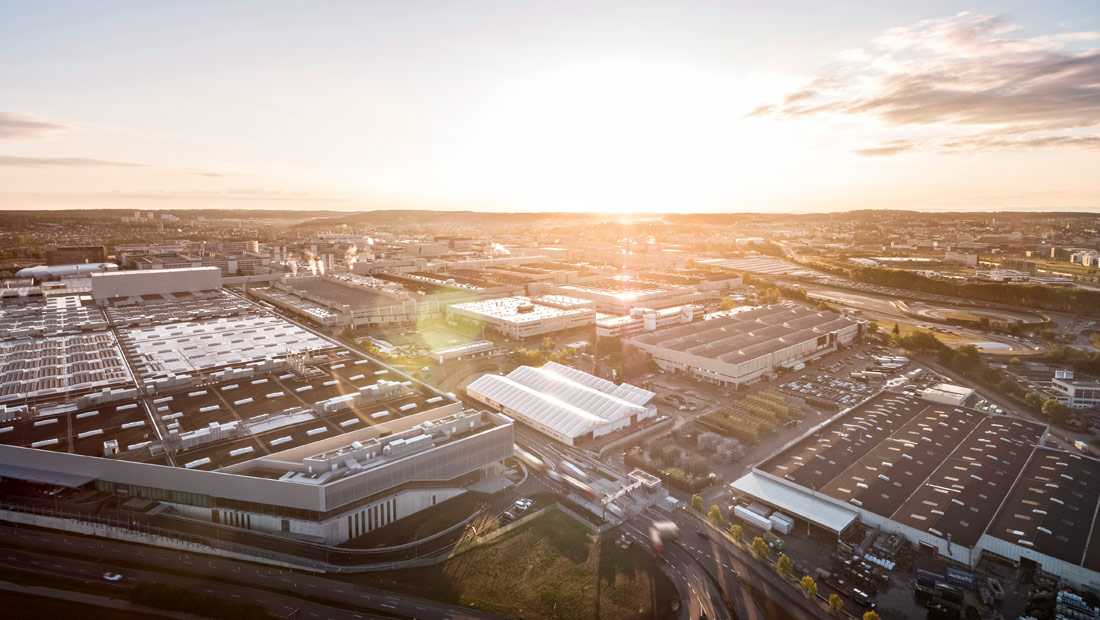 Anyone looking for a conventional power socket will be disappointed, though. Why would one be needed? All the power electronics are located in the adjacent container. In the future, it will naturally also be possible to store the battery storage system’s performance data in the cloud for processing in the MO360 digital ecosystem – a family of software applications that are connected to interfaces and a standardised user interface. The system incorporates information from the most important production processes and IT systems of Mercedes-Benz plants around the world.

Product life cycle of a battery

Multiple use meets zero waste concept – a true circular economy breaks the link between growth and resource consumption in battery management. The second-life use of batteries in energy storage systems for theintermediate storage of green electricity is an integral part of this. 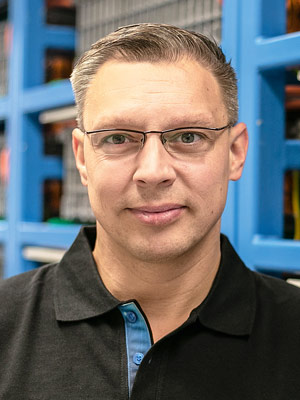 Jens Liebold, Business Development Manager at Mercedes-Benz Energy in Kamenz, in an interview on battery storage systems and their industrial use.

What will be the “hottest game in town” during the 2020s? That’s the million dollar question. Will it be comprehensive digitalization focusing on Industry 4.0? Will it be the development of the healthcare market? Or could it be transforming the way we generate, store and distribute power? Uwe Scharf, Managing Director Business Units and Marketing at Rittal, discusses this issue.

Interview: „IT needs energy and energy needs IT“

back Interview: Energy storage – the key to success
back

—
RiLine Compact in switchgear for the metal industry

In the fast lane