Keeping to schedule in Croatia

Aviation. Dubrovnik Airport is off to a flying start: Working alongside the airport operator, Rittal and other partners such as ABB are developing a new data centre for optimum IT security. The teamwork among the project partners and their good working relationship on a level playing field are key factors contributing to the project’s success.

The Croatian port city of Dubrovnik has become a hugely popular stop-off point for travellers from all over the world. Even the Irish author George Bernhard Shaw fell for the city’s beauty, writing in 1929 that “Those who seek paradise on earth should come to Dubrovnik.” What’s more, Croatia is now a popular summer holiday destination. The number of overnight stays increased by almost 27 per cent to just under ten million in the first half of 2018. By way of comparison, Greece had over 30 million tourists in 2017. Since holidaymakers now come to Croatia from all over the world, the country’s airports are also busier. That’s why the infrastructure in Dubrovnik, in particular, had to be expanded, and that included a new data centre.

Nowadays, tourists can get to Croatia with most global airlines, and many of them fly directly to Dubrovnik. As a result, it is important for both the airport’s operator and the passengers that the infrastructure can be adapted to the growing influx of visitors in good time. A new terminal is set to be completed in 2019, at which point it will be the largest airport terminal in Croatia. It will be able to accommodate up to 3.5 million annual passengers. To compare this, once again, with Greece – almost 7.4 million passengers checked into Crete’s Heraklion International Airport in 2017.

In order to keep the airport cost-effective and travellers satisfied, it is vital that aircraft, cargo and passengers can still be dealt with quickly as the airport grows. Powerful IT systems play an important role in achieving this. Processes such as check-in, baggage handling and aircraft ground handling all require a fail-safe IT infrastructure that is available around the clock. An IT failure would lead to delayed flights, unsatisfied customers and financial losses. Not only that, but safety on the ground would be compromised if aircraft were unable to move into their parking positions or were provided with incorrect data during loading.

Following a tender process, Rittal was commissioned to work on the project on site along with local implementation partners such as Optimal Sistemi, Kodeks and Combis, and global Rittal partners such as ABB. At the same time, Rittal trained members of the airport operator’s staff in how to operate the system.

“It’s our job to make sure all the experts involved in the project build a close and trusting working relationship. We can only arrive at an overall solution that ultimately ensures smooth operations in the terminal and optimum security if everyone is able to bring 100 per cent of their expertise and personal experience to the table,” explains Dejan Dokmanovic, Managing Director of Rittal Croatia.

Securing the brains of the building

The data centre uses TS IT racks from ­Rittal. These are set up in a Rittal security room, which provides optimum physical protection against unauthorised access and fire, as specified in the ECB-S standard of the European Certification Body. The highly standardised nature of all the components means the TS IT racks can be extended particularly quickly and ­efficiently. A special monitoring system ensures fires are detected early on, while the Rittal CMC III monitoring solution oversees the infrastructure components.

This is linked with the building’s central monitoring system, allowing the IT operators to check the status of the entire system at a glance. 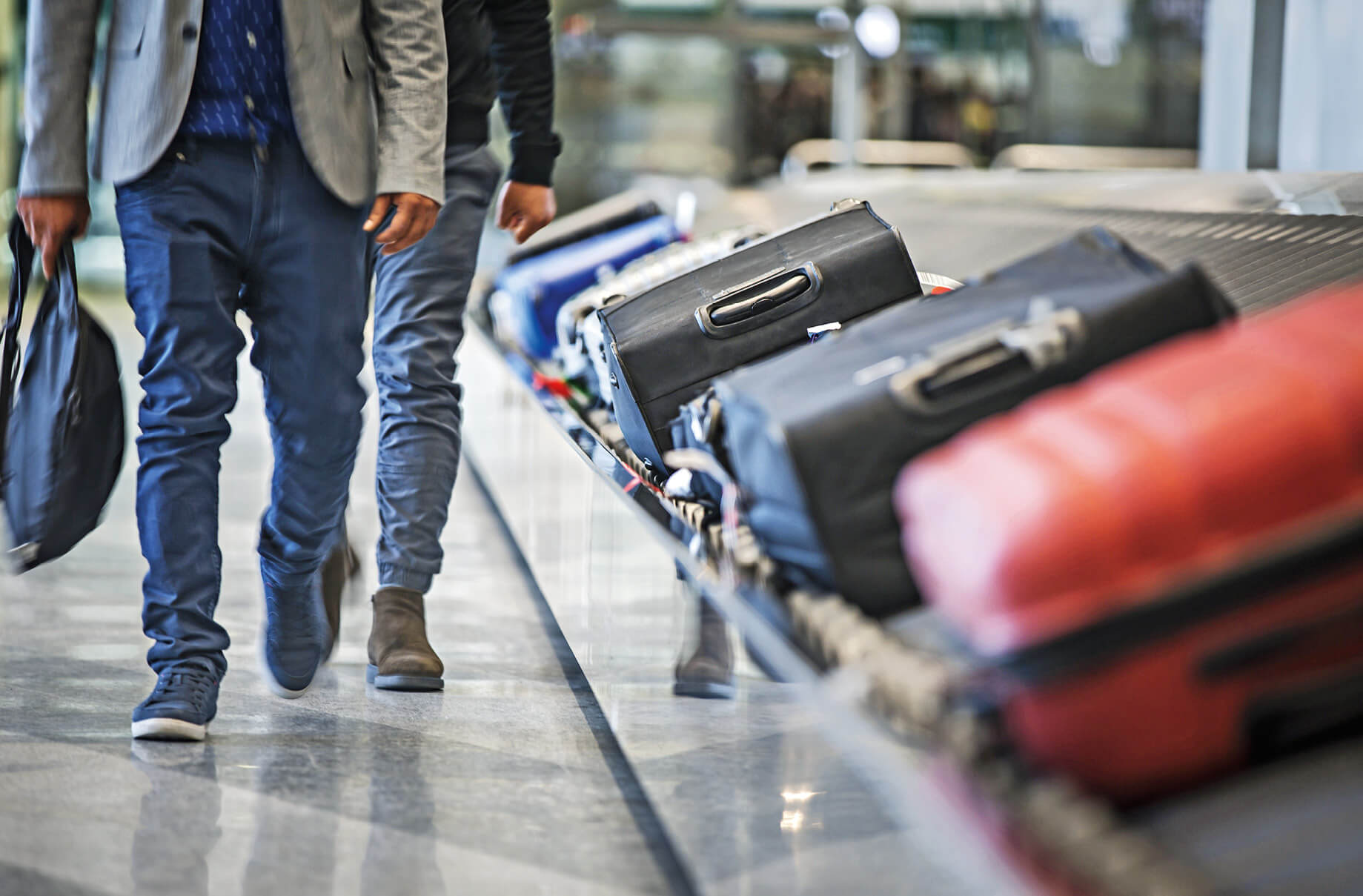 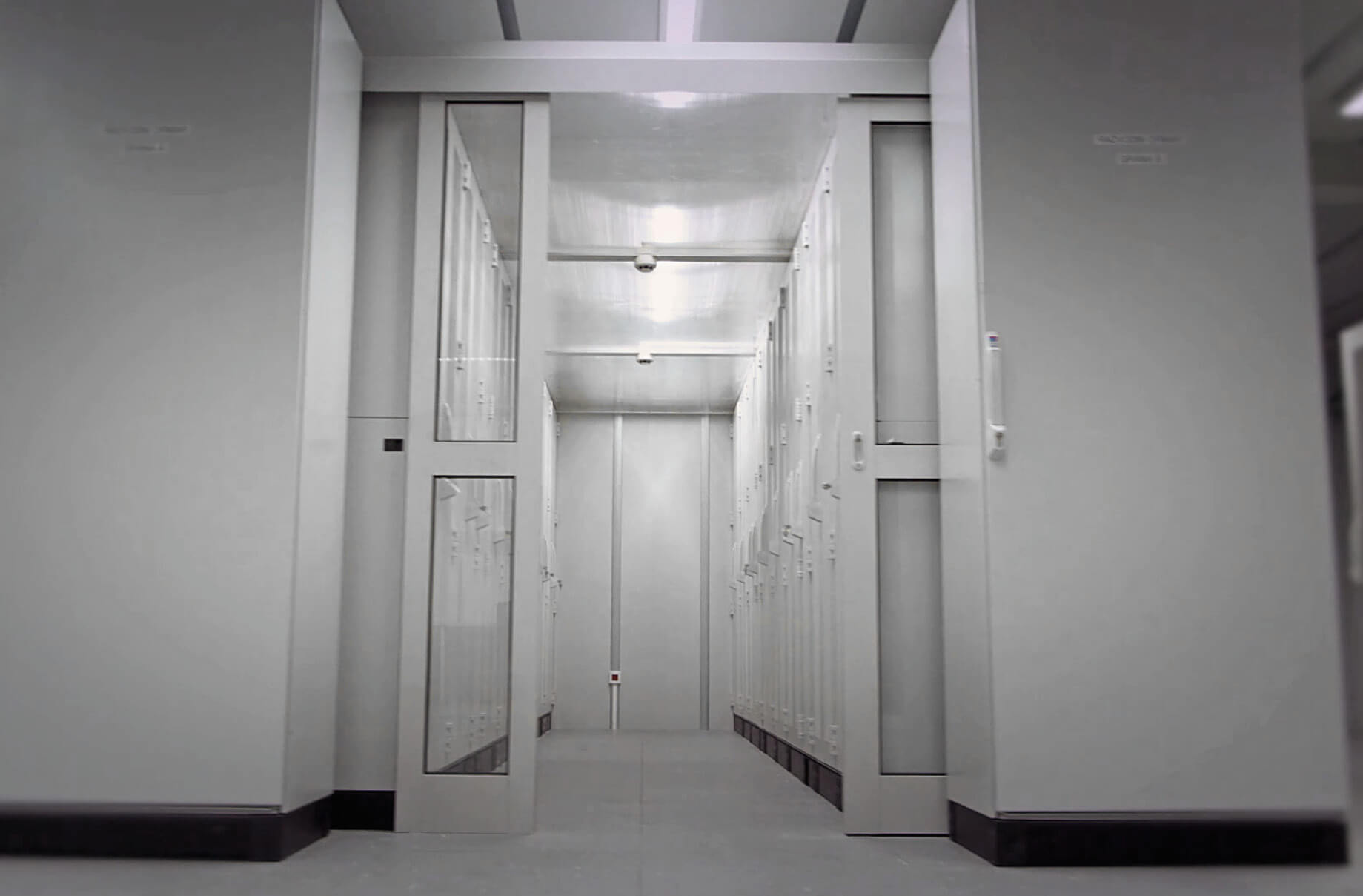 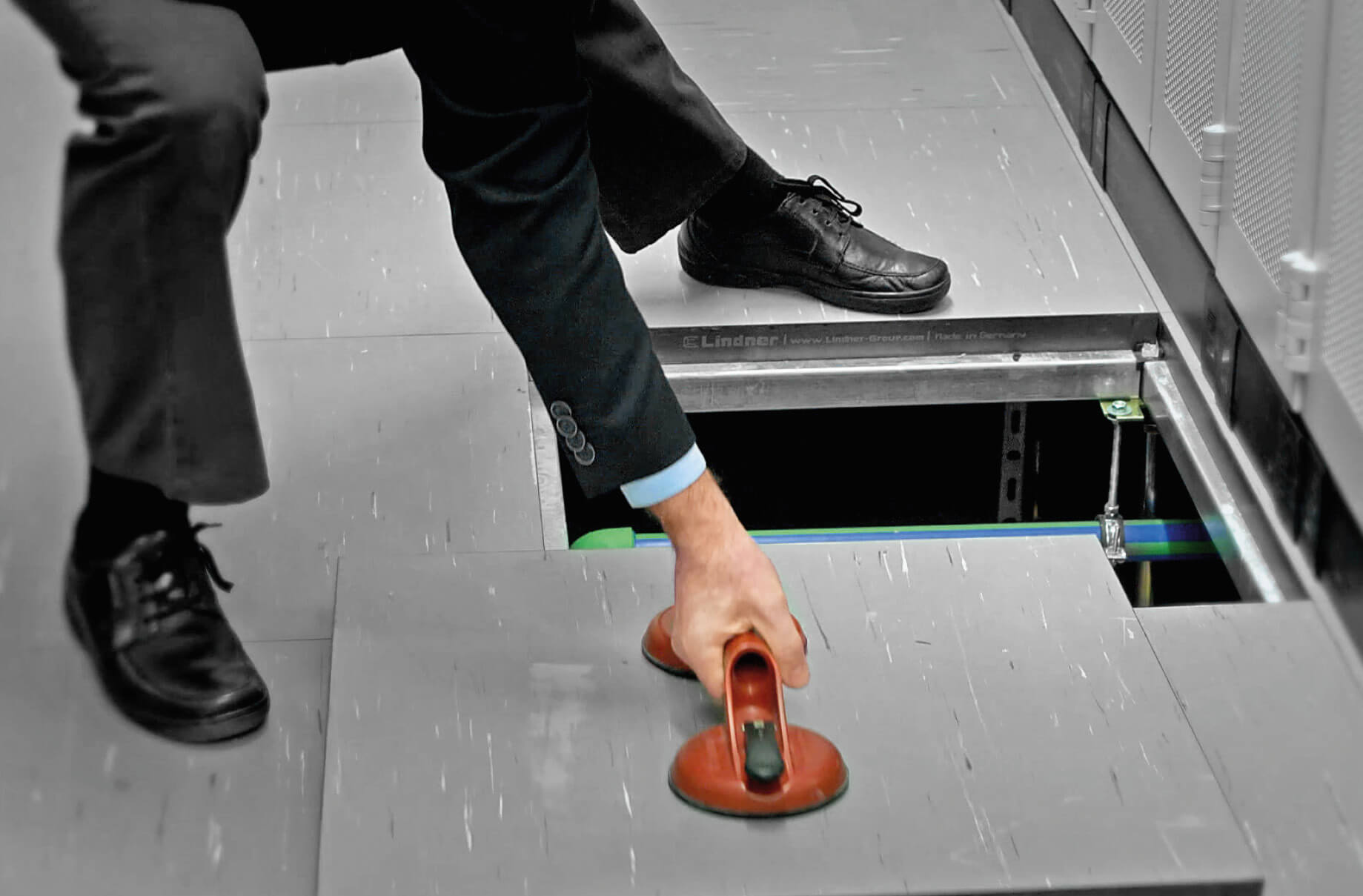 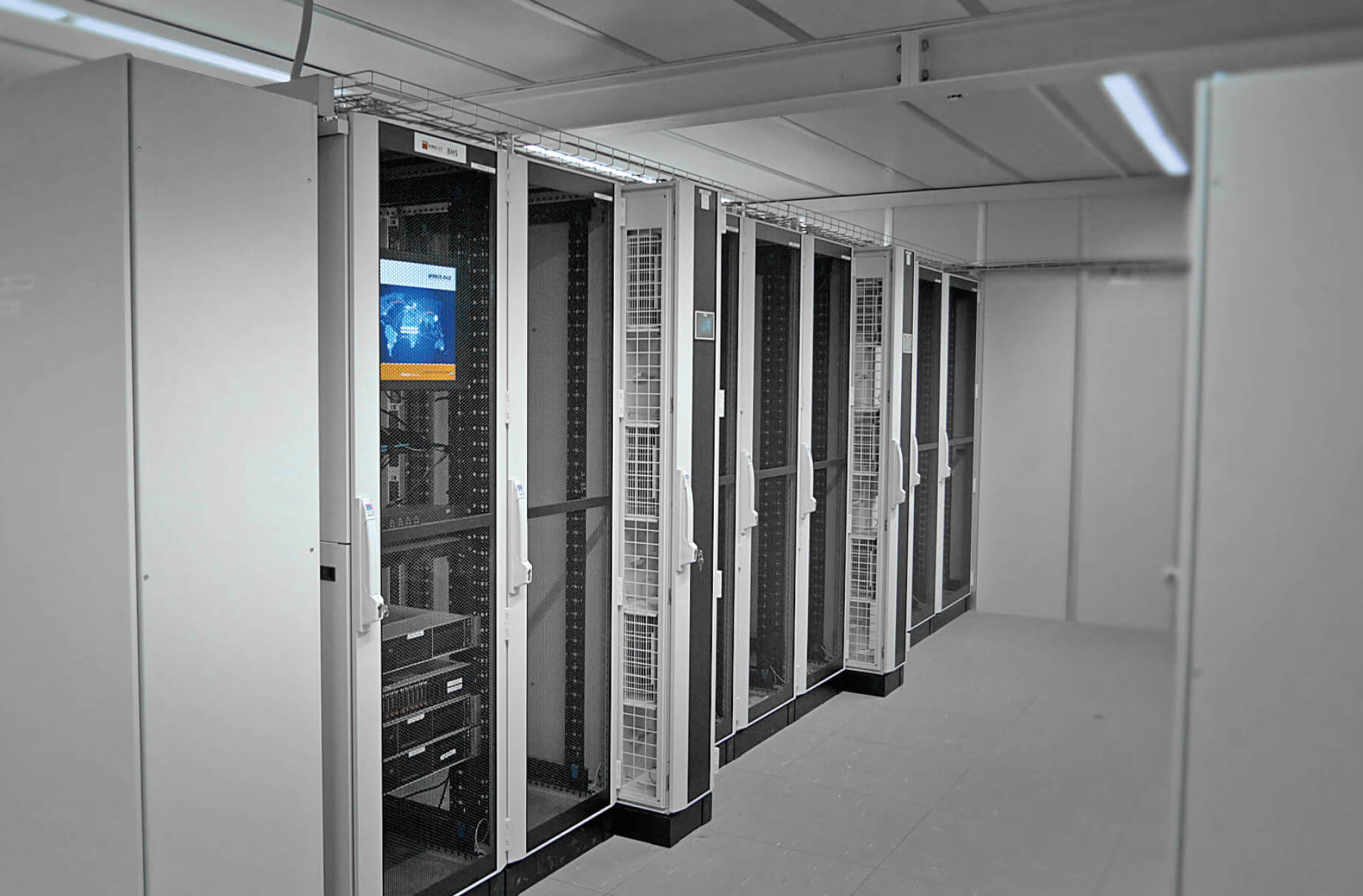 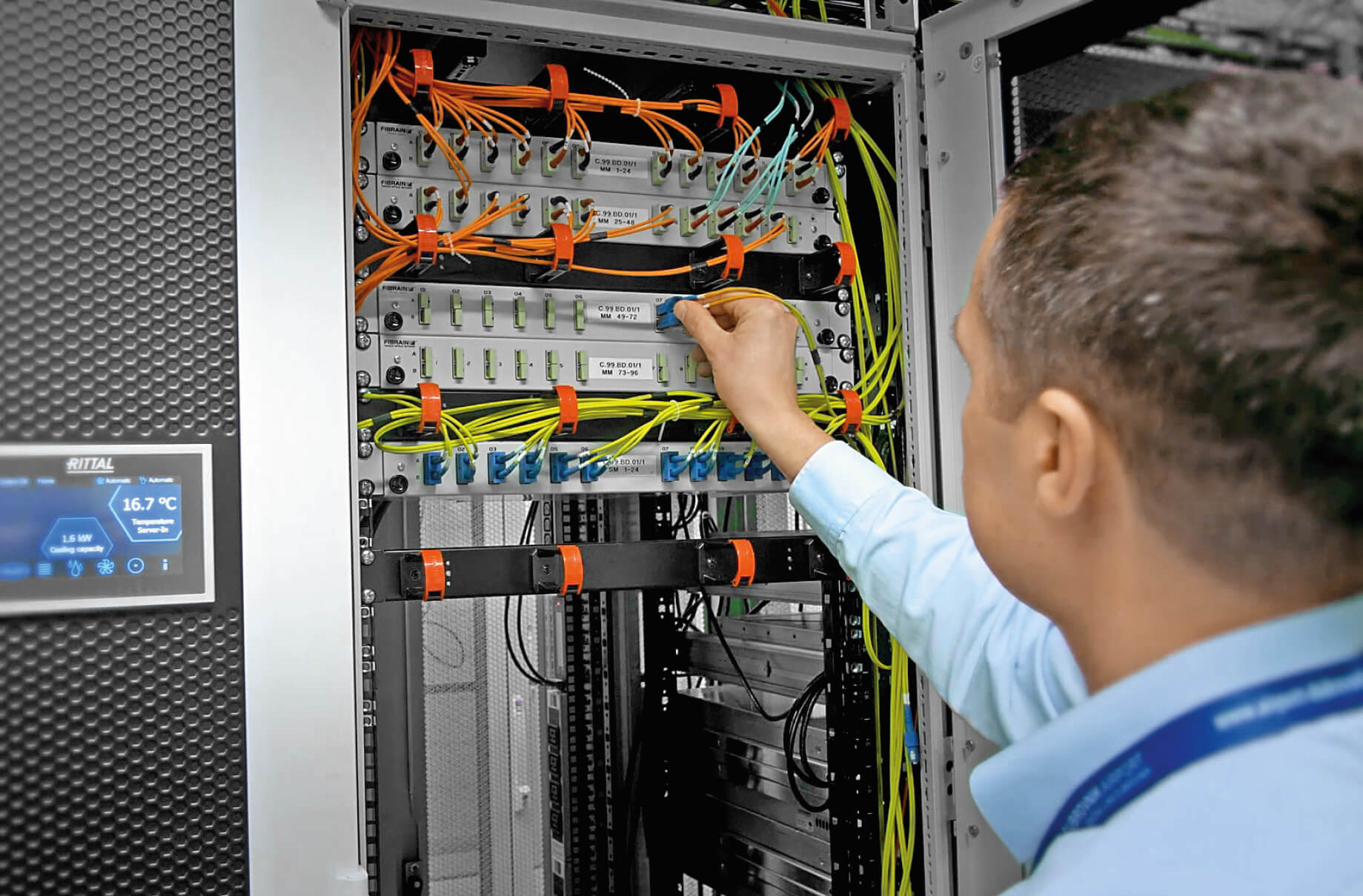 In addition, a means of safeguarding the power supply using a system with an ­uninterruptible power supply (UPS) was developed in collaboration with ABB. In the event of a power failure, the UPS batteries initially keep the IT system running until an emergency generator can spring into action.

“When you’re dealing with a vital infrastructure, power supply is a sensitive issue, and an IT system failure would immediately disrupt operations in the terminal. The solution provided by Rittal gives us the security of knowing that we can still run our systems even in the event of temporary power failures,” says Tomislav Macan, Maintenance and Development Manager at Dubrovnik Airport. The subject of energy is also central to other aspects of this project, namely when it comes to optimising ongoing operating costs.

Running a data centre involves keeping a close eye on the resulting costs. The process of cooling the IT systems alone accounts, on average, for around 30 per cent of the overall energy costs. It is therefore only logical to look for energy-efficient IT cooling solutions. Rittal developed a concept with hot aisle containment for Dubrovnik Airport and installed Rittal cooling systems from the Liquid Cooling Package Cold Water (LCP CW) range with external chillers for cooling. The heat exchangers are positioned between the IT racks, where they extract warm air and emit cool air. These devices use water as a cooling medium and are very energy-efficient when used for bayed suite cooling with hot aisle containment. To top it all off, LCP CW cooling systems are installed with a redundant design in order to improve the reliability of the entire system.

“We’re expecting the number of visitors to Dubrovnik to keep on increasing in the future,” says Macan. “Many tourists will be coming by plane, and we’re now fully prepared for them. We can offer optimum comfort and security thanks to our state-of-the-art terminal, which we can keep running smoothly also thanks to our new data centre. During the construction phase, we worked with Rittal and other suppliers as a team of professionals to make this project a success.”