VX25. The maiden flight is a make-or-break moment in the aviation industry. Whenever technology is put through its paces for the first time, it’s about the nitty-gritty. It’s about the facts and nothing but the facts. Will the technology deliver what it promises? There’s no room for hot air here. Read a somewhat different “flight report” about the VX25 and the ­Schaper Group that offers interesting insights for technicians and anyone who has the final say on enclosure technology.

5-1 – this is where the cable clamp rail needs to be fitted,” explains Eugen Franzen to a staff member. The team leader for mechanical installation at ­Controller Steuerungstechnik GmbH, part of the Schaper Group, has recently started to work with a new enclosure technology. It was a small, almost nondescript detail that won him over. “The hole counting on the new frame sections means we can now pinpoint precisely where enclosure mounting parts should go.” The enclosure expert can therefore mount support rails or cable clamp rails at the same height across all system enclosures without exception. “Previously, we often had to revisit such details, which always involved extra work that we no longer have to worry about,” says Franzen.

“The hole counting on the new frame sections means we can now pinpoint precisely where enclosure mounting parts should go.”

He is willing to try out any solution if it can save him a lot of time, particularly seeing as fit-to-burst order books, high time and cost pressure, and the ever-present lack of specialist workers on the job market are causing the company constant headaches. “All in all, we currently have seven vacancies in the manufacturing department alone and could hire trained applicants on the spot,” explains Nils Mentrup, technical manager at Schaper Steuerungstechnik GmbH. Automated solutions that can achieve a higher output with fewer trained staff offer Mentrup some relief. But new components and systems that save time during assembly can also boost efficiency in manufacturing operations. 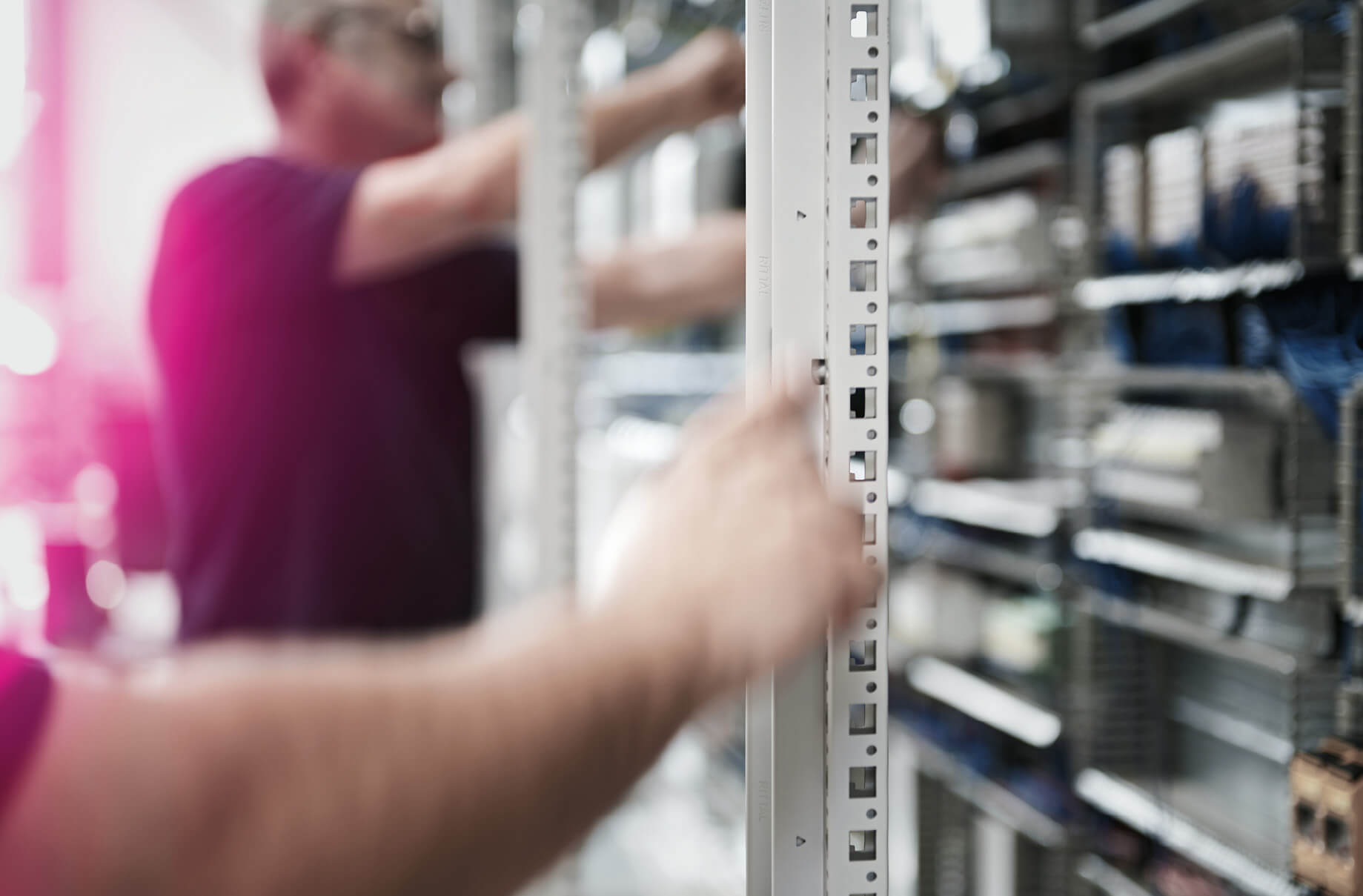 Walking at a steady pace and with a certain sense of pride, Mentrup accompanies Franzen through the cutting-edge manufacturing plant in Herford. Everything is state of the art. Everything has been meticulously planned and perfectly organised. The facility, which features numbered wiring areas, was built in 2009 and expanded more than twice in size just last year. Together with Controller Steuerungstechnik, a total of 70 workers manufacture control and switchgear solutions of various sizes at the site. “Owing to the facility’s expansion, we now have enough space to produce several large systems 30 to 40 metres in length at once,” explains Mentrup.

The first control systems based on the new VX25 enclosure from Rittal can be found in this facility. Mentrup, Franzen and their teams have not long since finished their “maiden flight” and inspected the new system from top to bottom. “Its predecessor, TS 8, was a flawless enclosure,” recalls Mentrup. “That’s why we were pleasantly surprised that Rittal had evidently put a lot of thought into many different potential improvements when it devised the VX25.” The young technical manager believes the most important advantage is the lower number of mounting parts. In his words: “You see it straight away because storage is less of an issue now – both in our central warehouse and the parts warehouses for the individual projects that we set up directly at our workstations.”

Franzen has discovered yet more key advantages to the new system: “The enclosure itself is more stable now – that’s one of its major benefits.” This becomes clear if you look at the new gland plates, for instance. When expanding enclosures, fitters repeatedly have to go inside. “In the past, the gland plates were often somewhat bent as a result, meaning we had to carry out reworking,” remembers Franzen. Reworking is no longer necessary, which helps to increase the overall time saved by using the new enclosure system. Franzen is also tinkled pink about another aspect of the enclosure flooring’s design: “The frame is now designed so that there is no space between it and the gland plate. Back in the day, we often had problems with a screw falling down the gap.”

The precise production of the VX25.

The new hinges make things even easier, as staff are now able to simply remove the enclosure doors and no longer have to worry about levering any hinge pins. “Even if we don’t plan to carry out machining on one of our Perforex machining centres, we usually take the enclosure doors off because it makes wiring so much easier,” explains Franzen. This advantage particularly applies to larger switchgear, where wires need to be installed across multiple enclosures. “The time saved in assembly and dismantling can be anything up to one minute or more for each enclosure,” says Franzen, who also sees the VX25’s fewer mounting parts as a major advantage: “We no longer have to wonder which rail goes where because with the VX25, the rails fit on both the vertical and horizontal frame parts and can be fitted from the side or the rear.” For example, this means staff can now screw on a rail from the back, even if the mounting plate has already been fitted in the enclosure. “In the past, if we ever forgot about the rail – which is an absolute must for some switchgear built to UL – we had to take the mounting plate apart or at least tip it forwards,” says Franzen. Luckily, this is no longer the case and it is easier for Franzen and his team to carry out their work, including if they are fitting mounting components or side/rear panels. 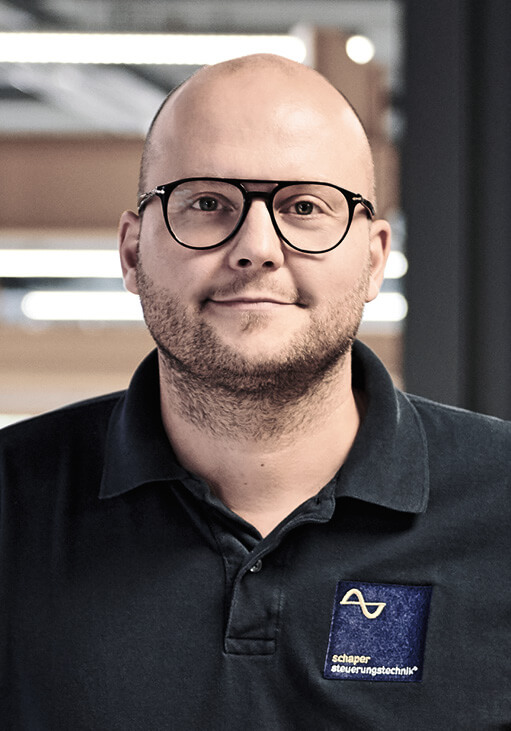 “The VX25 often saves us time, which is useful when we’re under a great deal of time pressure.”

What’s more, only Torx 30 screws are used these days. “During assembly work, we always used to have two cordless screwdrivers that were equipped with the appropriate screw bits – now we only need one,” says Franzen, highlighting how his day-to-day work has improved. The idea of one-person assembly has also won the team leader over and he demonstrates how it works, using a rear panel as an example. “I can simply attach the rear panel at the top and it stays securely in position until I’ve tightened the screws.”

If you take a look at the manufacturing facility, you immediately notice how all steps are perfectly coordinated. But does switching to a new enclosure system not pose serious risk? “At the start, most people are sceptical whenever things change, but we found the switchover to be quick and seamless,” says a delighted Mentrup. This smooth transition is partly thanks to the VX25 conversion assistant from Rittal – a web-based tool that enables customers to simply convert parts lists from projects planned using the TS 8 into parts lists for the VX25. Customers just drag and drop their old parts lists onto the designated site, upload them as Excel files, and download the new parts lists once converted. Even 3D engineering plans generated by Eplan Pro Panel can be converted without almost any manual intervention. “Now that the first two large systems with the new enclosure are nearly finished, we have a good handle on how the conversion works,” says ­Mentrup with confidence.

Mentrup is a big fan of the new enclosure system. “It often saves us time, which is useful when we’re under a great deal of time pressure from our customers.” In this respect, he also sees advantages to using the 24-hour delivery service from Rittal. “Nowadays, most units that we use in our systems take a relatively long time to deliver – that’s not the case with Rittal enclosures, which are always delivered the day after we place the order,” says Mentrup.

Eager to use the new enclosure system in as many projects as possible in the future, the technical manager declares: “We’re going to spread the word among our customers and we’re certain that they’ll soon see the benefits, too.