SAP. Netherlands-based Boon Edam helps visitors get into museums, airports and shopping centres. And Cideon is opening the door to whole new system worlds for the Dutch company.

Wednesday afternoon, 2 p.m. Time for a bit of culture. At least, that’s what plenty of people from all round the world seem to have on their mind right now in Amsterdam. The large revolving doors at the entrance to the Rijksmuseum never seem to stop turning. Art fans, groups of tourists and people just popping in – all of them step into the automatic doors and re-emerge into a whole new world. The stone arches of the entrance hall arc imposingly over the visitors as they make their way to the exhibition halls. A blond girl clad in a blue dress – most likely an aristocrat – gazes down benevolently from within her ornate frame. A huge swan lunges forward so aggressively that you can almost hear it hissing. You don’t need to be an art aficionado to appreciate the wonder of these pieces and get a sense for the brilliance of their creators.

Boon Edam is the company tasked with ensuring everyone can enter this world – as well as airports, hotels, shopping centres and many other places besides. The Dutch company, based in Edam, specialises in manufacturing revolving doors, turnstiles, sensor-operated portals and access gates. Its products are not just in high demand in the Benelux countries, either, with the family-run company operating around 20 international subsidiaries and marketing its range in more than 50 countries.

Data as the secret to success

The engineering work is done at the headquarters in Edam while our production plants and additional development teams are spread out over various sites in the Netherlands, China and the USA,” explains Marcel Schilder, Global IT Manager at Boon Edam. However, all this exciting diversity in a rapidly growing company also brings a whole range of challenges, with the very heterogeneous IT landscape being a case in point.

Over the years, a product data management environment and various system islands have evolved in engineering – but with no standardised database. To ensure this didn’t “jam the doors” in the face of growing international competition, Boon Edam brought on board Cideon in 2017. The aim was to introduce process automation and digitalization to drive up efficiency.

Achieving that meant creating one database that could be used seamlessly internationally and embedding it into a holistic Enterprise Resource Planning (ERP) system from SAP. The solution Cideon came up with involved full integration of Product Lifecycle Management (PLM) based on SAP S/4Hana, the ERP standard of the future. “It takes more than just a few days to fully integrate SAP into an existing IT environment,” points out Tina Stürke from the EMEA sales team at Cideon. “The first step is usually to carry out workshops on site with the customer and involve a range of departments, from engineering to procurement.” 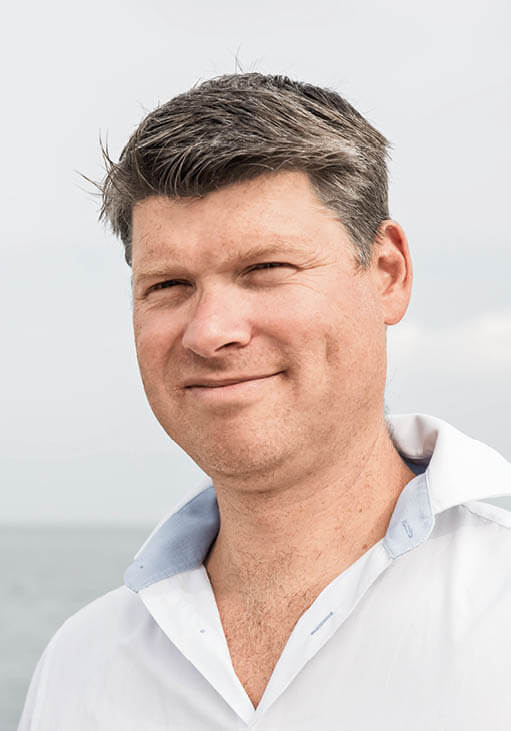 "If you want to thrive in this competitive environment, you need to deliver quality and get to grips with efficiency pressures.”

It soon became clear that locally created data needed to be made available across multiple sites. Another key requirement besides a standardized database was providing various teams with access to data based on the distribution of rights. Boon Edam was also especially keen to integrate a product configurator for customers that had already become established on the market. Step by step, the consultants and IT specialists at Cideon worked with the company to develop the optimum solution. Dirk Hille, Principal Consultant at Cideon, sums up the next stage in the consulting process: “We created an initial prototype based on the findings from the workshop. Our customer was able to test out a rough version of the subsequent solution really early on, in what is known as a sandbox environment. They were then able to advise us as to how everything was running and what still might need tweaking.”

Cideon incorporated this feedback into the solution, which was then finalised in close collaboration with the customer. Only then could work commence on actually implementing the system. “We started at a single site and are currently preparing the roll-out at two more,” Hille explains.  “That’s still not the end of the job, though. We also offer in-depth training for staff working with the solution on a daily basis.”

employees around the globe.

The solution in detail

The new PLM solution at Boon Edam allows users to adopt drawings based on Autodesk Inventor automatically into SAP. This creates a central source for locally generated data with cross-site access throughout the company. To achieve this, Cideon implemented SAP Engineering Control Center (SAP ECTR), the SAP PLM integration platform for authoring tools and the corresponding integration for Autodesk Inventor.

The set-up was customised to harmonise Boon Edam’s product configurator with the new system. In the future, drawings and documents for procurement will also be automatically generated according to set rules and compiled to suit the specific context. What’s more, converter technologies from the Cideon Conversion Engine allow Boon Edam to supply drawings based on Autodesk Inventor to non-CAD workstations in other departments and even external partners – using general formats such as the classic PDF. This ensures data can be read across the whole company, regardless of which application has been used to create it, such as CAD systems. “Now that we’ve integrated the M-CAD environment into SAP and trained the key users, the project at Boon Edam is nearing completion,” Hille points out.

“Our globalised environment means there are lots of potential customers – but the competition is getting increasingly tough, too,” explains Schilder. He is in no doubt that “if you want to thrive in this environment, you need to deliver top quality and get to grips with the growing time and efficiency pressures.” The new system solution makes the company fit for the future.