Taking care of itself

Automation. Take a chance and invest in the future or stick with what you know? Dominic Löscher faced this question three years ago – and opted for the future. Since then, with support from Rittal, he has been automating his operations – and it isn’t just switchgear production that has benefited.

Dominic Löscher smiles as he recalls the discussion he had with his father, Heinz, a good three years ago: “I thought it was a totally crazy idea at first and was stunned by his suggestion.” The young electrician founded his small workshop in 2006, when he was still completing his qualifications as a master of his trade. That was why Heinz joined him as Technical Operations Manager. During their first few years, the fledgling company mostly took on assembly orders, but then their focus shifted. A growing number of customers started coming to Löscher with switchgear production work. As a result, the company abandoned its assembly operations in 2008. Today, there are six fully trained members of staff and one apprentice in the workshop. Still a young man, the master electrician thinks it is important to create and maintain an informal work environment. For instance, staff are given a great deal of freedom in how they organise their working time.

Dominic’s father is still on board, too. During the aforementioned discussion three years ago, Löscher Senior suddenly suggested that his son invested in a CNC machining centre. “The Perforex from Rittal Automation Systems is perfect for machining housings and enclosures,” says Heinz. “Given the high investment costs, I was very sceptical at first,” adds his son.
After giving it some thought, Löscher Junior decided to go ahead and invest in the cutting-edge automation technology. “It wasn’t an easy decision for me,” he recalls: “After all, it was a six-figure sum we were looking at.” There will always be some reservations when it comes to innovations such as the automation technology adopted by Löscher, as the young master electrician soon found out. “The older staff members in particular were unsure at the start. ‘We can do that quicker by hand’ was the kind of thing they’d say.”

“At first, we scheduled the orders the way we always had done. Then I was almost alarmed at how quickly everything was ready.”

The results soon silenced the doubters. “At first, we scheduled the orders in the workshop the way we had always done,” recounts Löscher: “I was almost alarmed at how quickly everything was ready.” The company’s success with new customer projects is further proof that he has obviously done everything correctly. “We can now take on jobs that would have been completely beyond us without the Perforex,” says Löscher, summing up his experience.

The positive experience that Elektro Löscher had with the Perforex BC soon led to more. Immediately after rolling out automated CNC machining, the father and son team started thinking about other automation solutions they could introduce at the workshop: “We want to carry on as a relatively small workshop,” says Löscher, outlining his long-term plans. “It’s not our primary goal to grow very big. All the same, when the opportunity arises, we will of course continue to invest.” 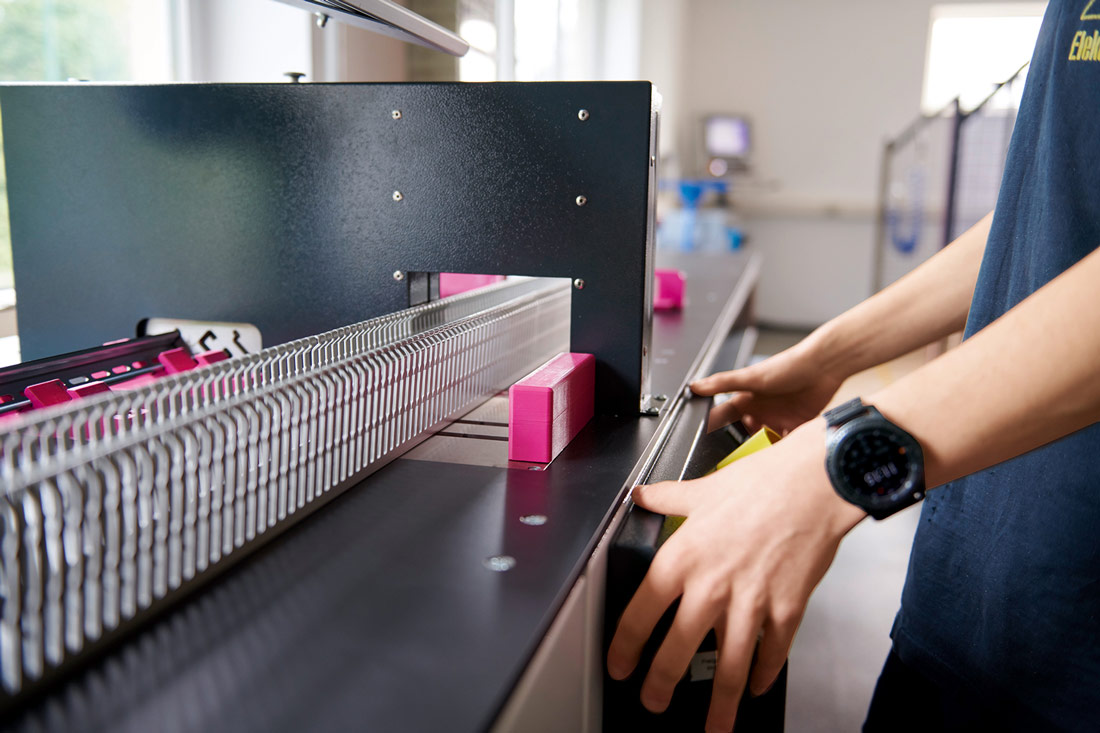 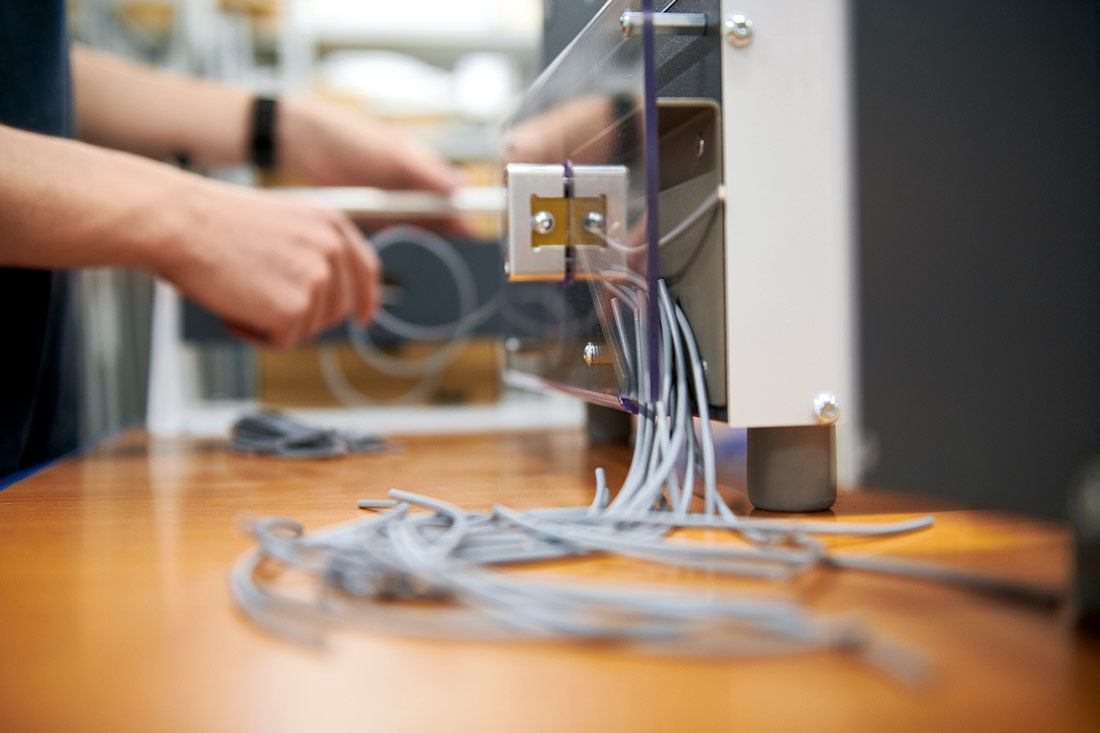 A C8+ cutting machine and R8 crimping machine from Rittal Automation Systems have since been installed to help with preparing the cables used to wire the components in the enclosures. The cables are cut to the right length and then stripped and immediately fitted with wire end ferrules in a single step. “Naturally, this technology again met with the same scepticism from a certain portion of the workforce,” explains Löscher with a smile. “I really like walking through the workshop now and seeing these colleagues busily processing their wires at the crimping machine.”

The company’s most recent acquisition is a Secarex cutting centre, which was commissioned this year. The system is easy to use and cuts wiring ducts, cable duct covers and support rails to length quickly, precisely and reliably. The integrated label printer can mark up the parts that have been cut to length as appropriate to the relevant project. The cutting centre also helps speed up processes in the workshop and, at the same time, can reduce waste and therefore costs.

However, the workshop is not the only area where the company is investing, as electrical planning is also being overhauled. The CAE system Eplan Electric is to be introduced, as is Eplan Pro Panel software, which is used in construction planning. The aim is to interlink all processes in the workshop from planning through to production and thus optimise them. Once electrical planning has been completed, a virtual prototype of the enclosure will be created in Eplan Pro Panel, with the data thus generated then immediately available for controlling the Perforex and Secarex in the workshop. Löscher is certain that this approach “will make all the processes even more efficient and faster.”

Thanks to all the modernisation work that has either been carried out already or is planned, Löscher is well equipped for the future: “For a small company like ours, automation offers an opportunity to be competitive.” Löscher is also watching with great interest to see how automated solutions continue to develop: “The next investment we’re considering is a Wire Terminal that can take care of wire processing on a fully automated basis.” Using this solution in combination with the Smart Wiring digital wiring assistant from Eplan can further optimise the enclosure wiring process. “I’m confident that is where things are headed,” says Löscher in summary.