One nice surprise after another

Opportunities for saving energy are everywhere, but which measures are practical and can be implemented on a large scale? Energy and environmental management staff ask themselves this question all the time. Even a saving that appears small at first glance can have a big impact, as demonstrated by the example of Viega, a world market leader in installation technology for sanitary facilities and heating systems.

Making energy consumption transparent and identifying the main power guzzlers to focus on are the key everyday challenges faced by Martin Szilinski. For seven years now, he has been responsible for energy, environmental and occupational safety management at Viega. The company operates four production sites in Germany. The largest, located in Grossheringen, is the competence centre for piping systems and manufactures pipe connecting elements made of copper, steel, stainless steel, brass, plastic and gunmetal.

“Over the past five years, we’ve set ourselves the goal of making energy savings of 10 per cent at the German sites and have significantly exceeded this target,” reveals Andreas Brockow, Chief Supply Chain Officer at Viega. Building four CHP power stations with integrated cooling played a big part in this achievement. As Szilinski proudly reports, lower primary energy consumption isn’t the only benefit.

“We also cut the amount of CO2 generated per kWh of electrical energy by around 30 per cent,” he says. Besides the CHP power stations, many other measures have been implemented in recent years. According to Szilinski, these typically focused on lighting, cooling and compressed air. Once these “low-hanging fruits” had been harvested, he and his team had to look for other energy-saving options.

Thomas Schild, Energy and Environmental Manager at the Grossheringen site, initiated a particularly interesting project. He came across the new Blue e+ series of cooling units during an in-house event at Rittal. Thanks to innovative hybrid technology that combines conventional compressor cooling with a heat pipe, operating these units helps deliver energy savings of up to 70 per cent.

The heat pipe works particularly well if there is a big temperature difference between the interior of the enclosure and the surrounding area. It also consumes very little energy. The compressor cooling system, too, boasts excellent energy efficiency thanks to demand-based control technology and energy-efficient drives.

To coincide with the market launch of the new generation of cooling units, Rittal offered selected customers the opportunity to put the units through their paces as part of a trial. This resulted in two production machines in Grossheringen being converted. “Rittal installed the new cooling units and equipped them with measurement technology to document energy consumption. The results were impressive – the energy saving was as high as Rittal predicted,” recalls Schild.

Manufacturers’ specifications normally tend to be regarded with a degree of scepticism. “If a new car is said to consume 4.5 litres of fuel per 100 km on average, I’m well aware this is hardly ever achieved in reality,” adds Szilinski by way of an example. Following the trial, he and Schild asked the Rittal After Sales Service team to carry out an efficiency check on all cooling units. The results indicated which machines were good candidates for having their cooling units replaced. Ultimately, 138 units were earmarked for replacement.

“Of course, we also had to persuade the management team to make this investment,” recalls Szilinski. The data relating to the trial, efficiency check and emissions savings was extremely helpful in this regard. “After all, a single enclosure climate control unit makes a relatively small difference. If you consider the savings for the entire plant, though, this measure has a big impact,” he says. 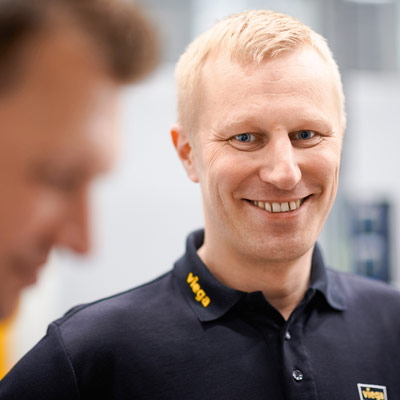 “The results were impressive – the energy saving was as high as Rittal predicted.”

Thomas Schild
Energy and Environmental Manager at Viega in Grossheringen

One key challenge was planning the conversion for the entire plant in a way that would, as far as possible, not affect production. Purchasing a single cooling unit and making the switch is no problem. “But replacing the climate control unit on so many machines requires meticulous planning,” emphasises Schild, explaining his team’s concerns. Production operations continued during the conversion. As the enclosure of most machines is located outside the safety area, this did not pose a problem.

“Our electricians disconnected the enclosure cooling units, which just meant stopping the machine briefly. The Rittal team then took over,” continues Schild. The process of removing the enclosure door, complete with the old cooling unit, making the door cutout larger, installing the new Blue e+ unit and fitting the finished door back onto the enclosure went very smoothly. The electricians then simply needed to reconnect the new cooling unit.

Apart from this brief interruption and the one to disconnect the old unit, the machine in question could remain in operation throughout the conversion. “Getting an all-round carefree package from the manufacturer – which covered the supply of the new units, the conversion process and the disposal of the old units – was really important to us,” emphasises Szilinski. Despite an interruption due to the coronavirus pandemic, all 138 units were converted in just 22 days.

By converting its enclosure climate control to this innovative hybrid technology, Viega’s Grossheringen Grossheringenplant isn’t just saving over 600,000 kWh of electrical energy, but is also cutting its greenhouse gas emissions. “Together, these two factors convinced us to install units from the Blue e+ series at the other production sites in Germany as well,” reveals Brockow.

According to Szilinski, switching over entirely to the new generation of units is having positive side-effects on aspects such as maintenance, too. “As one of the innovation and technology leaders in our sector, it’s important that even the cooling units on all our machines are state of the art – a win-win situation for Viega, Rittal and the environment,” sums up Brockow.

—
RiLine Compact in switchgear for the metal industry

In the fast lane