Off to a flying start!

Field testing. Meurer-etechnik is looking to the new AX compact enclosure from Rittal to improve its production efficiency. How does the new model differ from its predecessor, the AE? A day spent with enclosure production staff reveals all.

A new working day dawns at Meurer-etechnik in Germany’s Westerwald region. In the incoming goods section, a young man wearing a black T-shirt with the company logo on the front and the sleeve is taking delivery of a pallet with eight AX compact enclosures from Rittal. Production Manager Steven Lauer is already waiting for their arrival. In just a week’s time, the UL-compliant enclosures are set to be delivered to a special-purpose machinery manufacturer based in the Cologne area. Lauer, a slim-built man in his late twenties, can’t wait to see how the new AX enclosures differ from the predecessor model, the AE.

“Let’s get started,” he says. Lauer has assigned the task of fitting out the AX enclosures to three of the plant electricians. One of them is already clamping the first enclosure door into the Perforex CNC machining centre. The mounting plates are next. Progress is rapid, because the doors and mounting plates are simply added to the delivery package and staff don’t have the hassle of first detaching them from the enclosure, as is normally the case. Using the digital twin’s manufacturing data from Eplan Pro Panel, the machine cuts all the necessary holes in double-quick time. “That part is the most fun,” says Lauer, who is standing casually at the machine’s operator terminal. “There are hardly any questions to deal with and you can see the results straight away,” he adds. 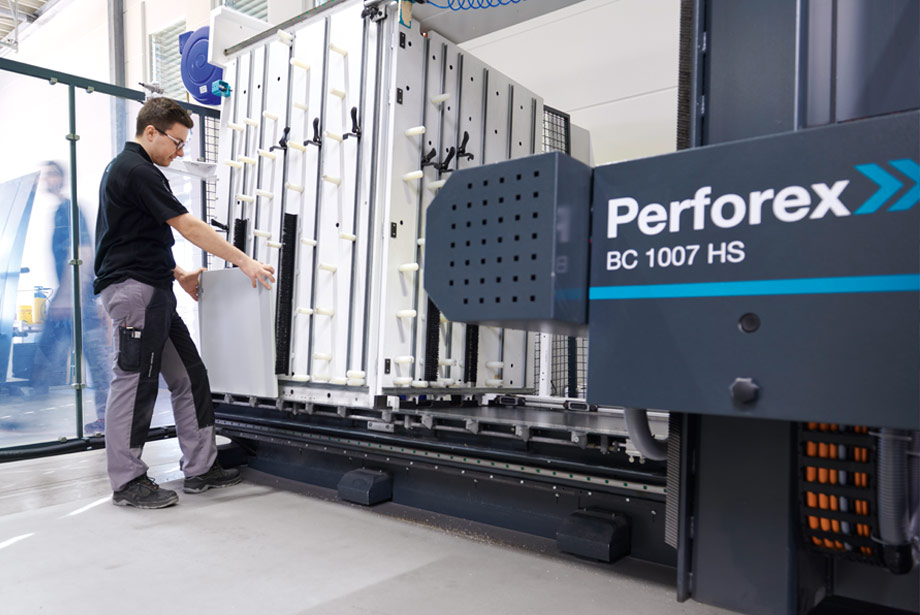 It’s now time for pre-assembly, configuration and wiring. A fully automatic wire processing machine has already produced the necessary cable harnesses – also using data from the design engineering department. In this way, Meurer-etechnik is gradually implementing “enclosure manufacturing 4.0”. Lauer indicates an area in the rear part of the light-filled factory building to three members of staff, who lift the compact enclosures onto small metal trestles. Next to each of the plant electricians is a trolley with tools and a number of boxes containing electronic components. The enclosures are now lying on their backs with the doors fitted. Beside them are the mounting plates, to which the men next attach the mounting rails and cable ducts. Contactors, terminals, inverters and similar components are then installed. During this configuration process, the electricians regularly consult their tablets to compare their work with the 3D model. Next comes the wiring. Last but not least, the fully wired mounting plate is fitted into the enclosures.

Lauer has been with Meurer-etechnik for ten years. Back when he was an apprentice, he still had to learn how to position each hole manually. “The technology has come a long way since then,” he says before asking his colleagues the following question: “So, what’s different about the AX?” The answer: “It feels like there’s more room on the gland plate.” And there is indeed 30 per cent more space for inserting cables. “That’s a huge advantage,” insists Lauer, because digitalization is continuously increasing the number of components in the enclosure and thus also the number of cables that need to be routed inside via the gland plate. He also takes a closer look at the interior wall of the compact enclosure. “There always used to be problems with the interior fit-out, because there weren’t enough options for fitting the depth stays. That has now changed,” he notes. 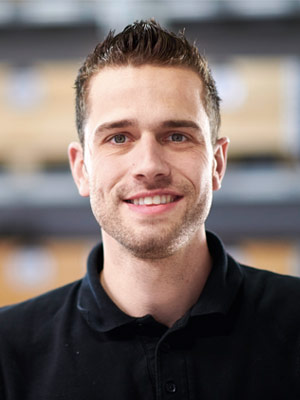 “The additional space on the gland plate is a huge advantage and the AX is also far more flexible when it comes to the interior fit-out.”

Video of the AX

Being able to install the rails at a variety of heights makes the process of designing the levels more flexible. Lauer points to a grey box on one of the trolleys. There are now only three cable harnesses left in it. “Once the box with the cables starts looking empty, I know we’re on the finishing straight,” he says. There were no errors during testing, and the enclosures for the special-purpose machinery manufacturer were even ready half a day ahead of schedule. “You’re happy if, when you get to the end of the day, there’s no danger of failing to meet the delivery deadline and the quality is as it should be,” says a delighted Lauer.