Cave lighting. Whether it’s because of fossils, paintings or rock formations, caves are quite simply fascinating. Cave Lighting is now shedding light on exceptional features in caves across the globe. Enclosures from Rittal are utilised for the company’s numerous projects to protect sensitive components from extreme environmental conditions.

It was a “wonderful gypsum cave in West Ukraine” that kindled Alexander Chrapko’s interest in speleology, the study of caves. “I was 13 years old and had just joined a speleologist group in the youth centre in Kiev. We carried out expeditions, venturing into both tourist caves with set paths and wild, unexplored caves. I was utterly fascinated by what I experienced back then,” the entrepreneur (53) recalls today. Following his teenage adventures, Chrapko went on to study geology. The collapse of the Soviet Union, however, meant he was forced to leave university. He and his family then moved to Germany, where he took on shift work, completed an apprenticeship in IT and – after many years in the electronics sector – founded his first very own business, Germtec, which provides solutions in the areas of LED lighting, energy and medical technology, control and automation. It was not until 2005 that Chrapko turned his lifetime hobby into his profession with ­Cave Lighting. Since then, he has been transforming tourist caves across the globe with lighting and musical concepts.

million years old. The Kluterthöhle cave was formed by a gigantic Devonian coral reef that dried up due to the upwards shift of the low mountain range.

projects – from the German town of Bad Segeberg to the Cayman Islands – have been carried out by Cave Lighting.

A network of pathways meanders through the Kluterthöhle cave. Guests come to see the nature and for health reasons, too. After all, the cave’s particular climate is renowned for its therapeutic qualities.

Despite his vast wealth of experience in speleology and electrical engineering, lighting up tourist caves is never a routine task for Chrapko. The first step is to carry out a full inventory, check the condition of the cave, discover its special features and enquire about the operator’s aims. Nature conservation and animal welfare or sometimes even archaeological factors that have to be agreed with Germany’s heritage preservation authorities may also need to be taken into consideration.

Once that’s all done and dusted, the lighting experts set about drafting the technical details, which is always a tricky task. The business follows its golden rule – the technology should be invisible, i.e. as small and well hidden as possible. “Visitors should ultimately see an object of nature, not our installations,” says Chrapko, who believes the greatest challenge is actually dealing with the extreme conditions in the caves.

Such conditions place high demands on technology. “Humidity levels in the caves are usually over 90 percent. Now and then, there are seasonal floods and extremely low temperatures. Fluctuations in electricity, falling rocks and vandalism are yet more potential problems. Or creatures such as rats, martens, dormice and insects that like to chew on the wiring – if they can get to it.”

To stop the cave inhabitants nibbling away at the technology and otherwise ensure it can function throughout the long opening hours, Cave Lighting only uses robust and high-quality materials. Chrapko: “This is the only way to make sure everything is completely sealed, doesn’t corrode and works reliably.” That’s why he prefers to use Rittal products for protecting the components.

After all, when purchasing from the enclosure technology system supplier, Chrapko knows from experience that the stainless steel enclosures are immune to high humidity, safeguard the sensitive electronics against lightning strikes and effectively fend off critters. Uneven ground is no match for the technology either, as the metal keeps the enclosures sealed and in shape.

A concealed underground sea of lights

It is therefore no wonder that enclosures from Rittal were also chosen for the new lighting system in the Kluterthöhle cave in Ennepetal. “The old lighting concept in the cave was highly disappointing,” Chrapko explains. The focus was mainly placed on lighting up the network of paths, leaving most of the surrounding areas in the dark. “When we were redesigning the concept, local speleologists suggested that the cave should be initially cleaned and its layer of clay removed,” he reports. “After cleaning up the first part, we realised that there was a lot more to discover than first expected.”

The reason for this was that fossils in the stone revealed the Kluterthöhle cave was part of a gigantic coral reef during the Devonian geological period. The cave is littered with well preserved fossils such as sponges, mussels and corals that lived on the reef around 360 million years ago. “To travel back in time like that is something you don’t get to do often. In fact, you can’t experience it anywhere else in Germany” says Chrapko enthusiastically. The discovery gave him and his team yet more motivation to bring an exceptional lighting concept to life. 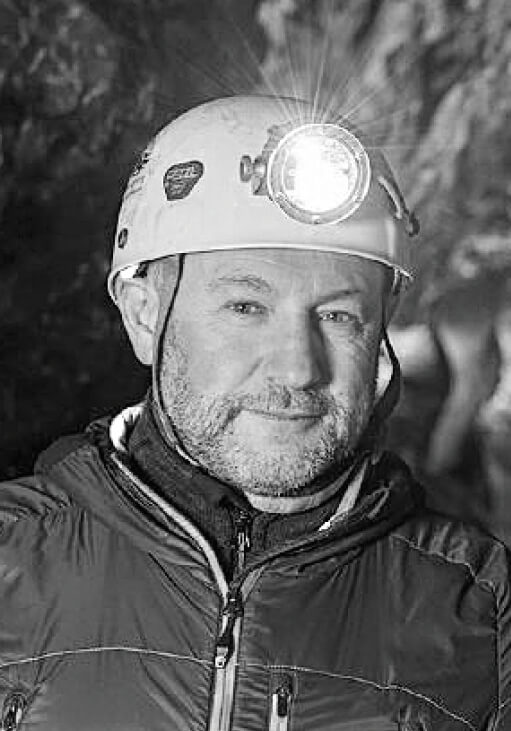 “I am always pleased that our technology helps open visitors’ eyes to the beauty that lies underground.”

They therefore decided to design and use their own system, which, besides a comprehensive range of lighting, features the required control units, SD memory cards, radio receivers with antennas and an integrated MP3 player. This enables entire music and light performances to be created, stored and controlled in the cave.

The control technology is kept safe in an AE series stainless steel enclosure from Rittal. Combining top quality with maximum efficiency, the enclosure corresponds exactly to Cave Lighting’s philosophy, as no matter whether the compact housing is placed horizontally or vertically, the mounting plate is always quick and easy to attach. Depending on the chosen cable bushing, flange plates can be quickly replaced and wall brackets can be attached to the outside of the housing, even at a later date. It is also possible to bay several enclosures. If more space is required, Cave Lighting also uses TS 8 bayed enclosure system variants. 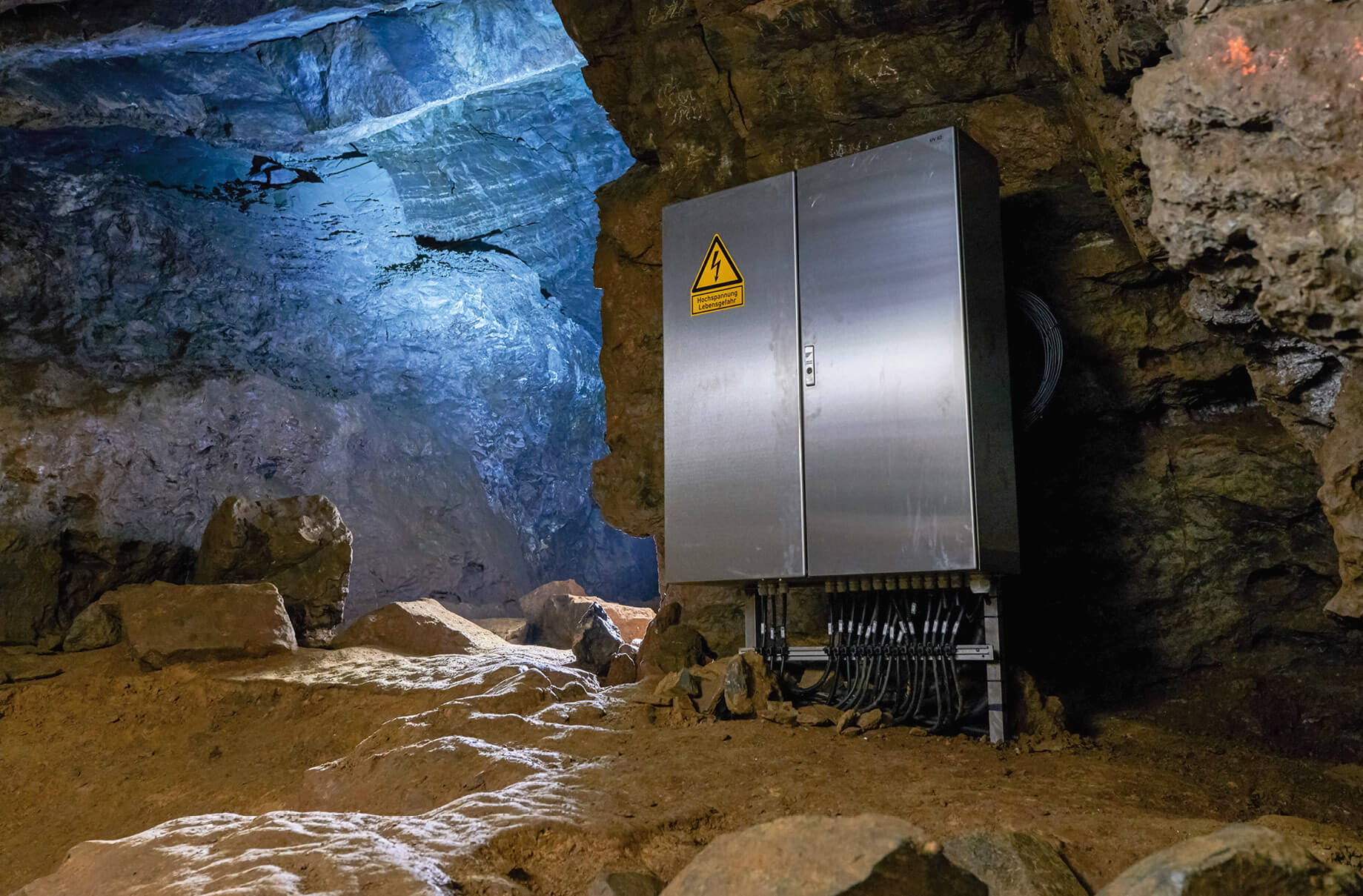 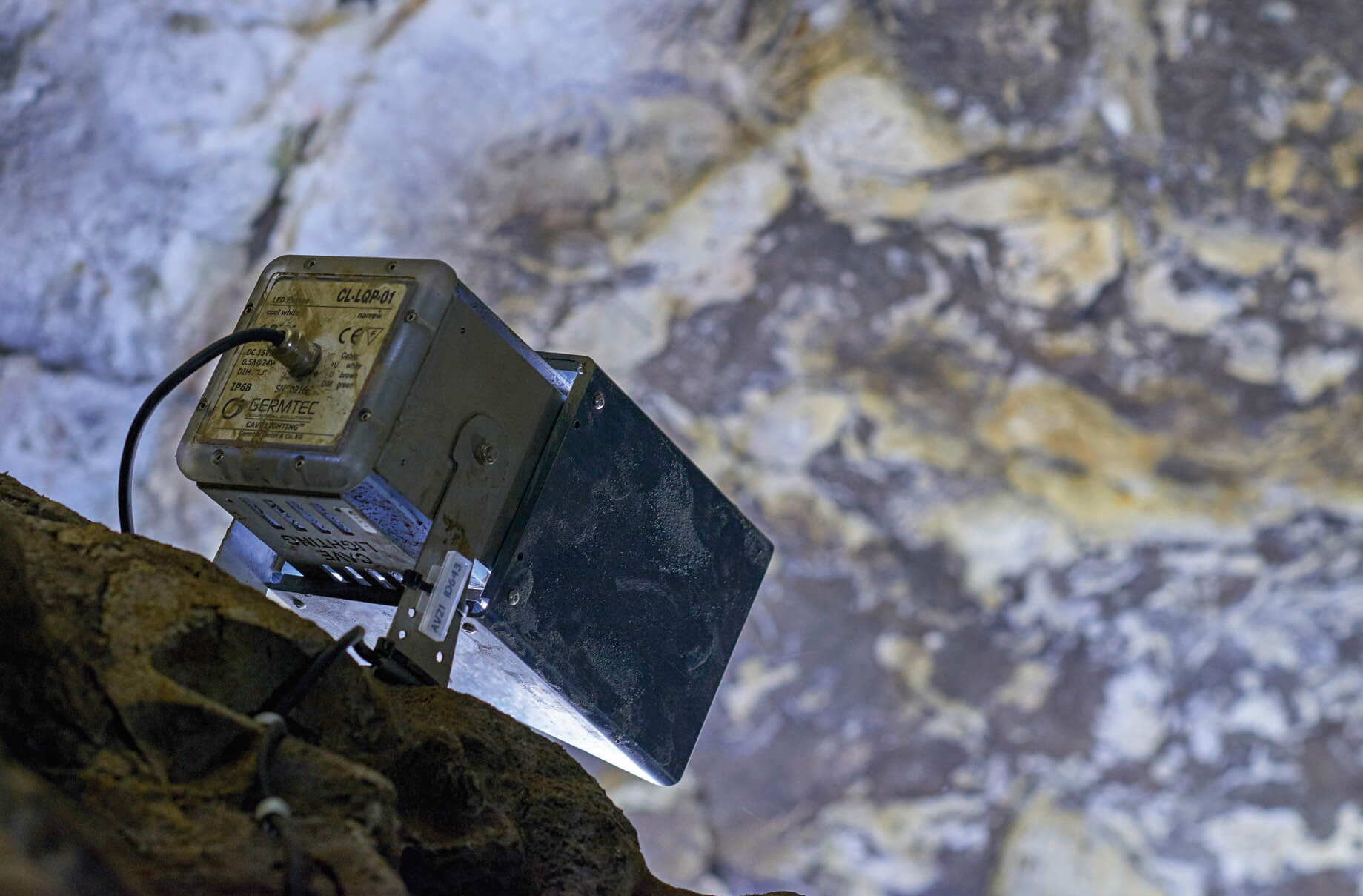 When it comes to power supply, overvoltage protection, terminal blocks, connectors and control technology, Cave ­Lighting once again only uses high-quality products. Their business partner of choice is Phoenix Contact. Teaming up with the company was an obvious decision for Chrapko, and not just because of the need for quality. “We all operate on an international scale, meaning global distribution doesn’t pose a problem. Additionally, planning the enclosures from Rittal using the Eplan Engineering tools with the corresponding components from Phoenix ­Contact is easy thanks to the long collaboration between the two companies.”

Strong partners – even in the future

For their current project, Cave Lighting decided once again to use enclosures from Rittal. “At the moment, we are working in the Dachstein Giant Ice Cave in Austria. The greatest challenge here will to be reduce the lighting’s energy consumption in order to protect the layers of ice. The aim is to drive down the consumption from 30 kWh to 2.5 kWh and house the installations as far away from the ice as possible,” says Chrapko, summing up the task ahead.

The entrepreneur doesn’t doubt for a second that he will find a solution. As a speleologist, he is delighted by the prospect of bringing yet another cave to light. Positive feedback on social media, amongst other things, is testament to Cave Lighting’s fantastic work. “When we’re finished setting up the lighting in a cave, you suddenly notice a lot more pictures of it on Facebook or Instagram. That’s high praise for us,” says Chrapko. He adds: “I am always pleased that our technology helps open visitors’ eyes to the beauty that lies underground.” 