Start aid for a new life

Life guidance. Robi Brömel needed a helping hand in life to start over again. “NEUSTART” offered just that. The association helps young people who, through addiction or crime, have lost faith in themselves and lost touch with society. The Rittal Foundation has supported the association for years.

If you continue this way, you will not be around in six months’ time,” a doctor informed Robi Brömel one morning in hospital. The night before, he had overdosed for the third time in quick succession on a cocktail of drugs. These days, the 22 year-old talks openly about how things spiralled out of control. “At the time, after starting my apprenticeship as a car mechanic near Freiburg, I had fallen in with people who already did drugs. They smoked joints, and I was curious, so I tried cannabis, quickly followed by speed and cocaine, and eventually ecstasy and LSD, too.”

“I have noticed that my mentors feel confident I won’t relapse. I am no longer afraid of this either.”

Robi Brömel
participates in the re-socialisation project and dared the NEW START.

“NEUSTART” (“NEW START”) was his last chance. The re-socialisation project with the programmatic title took him in and not only gave him a chance but also a perspective. With support from the Rittal Foundation, NEUSTART helps young people who have had a brush with the law find their way back to a useful life. The foundation has just donated 5,000 euros towards adding a café and a common room to the existing farm complex.

For 27 years, this welfare centre in Breitscheid has been somewhere for young men to go who have fallen off the rails, want to get back on track and need help starting over. It was set up by the local congregation of Free Protestants. These days, the association has around 100 volunteers who visit prisoners in the region, run sheltered accommodation for young people at risk and do a whole lot more besides to help them change their ways and regain the faith society has lost in them. 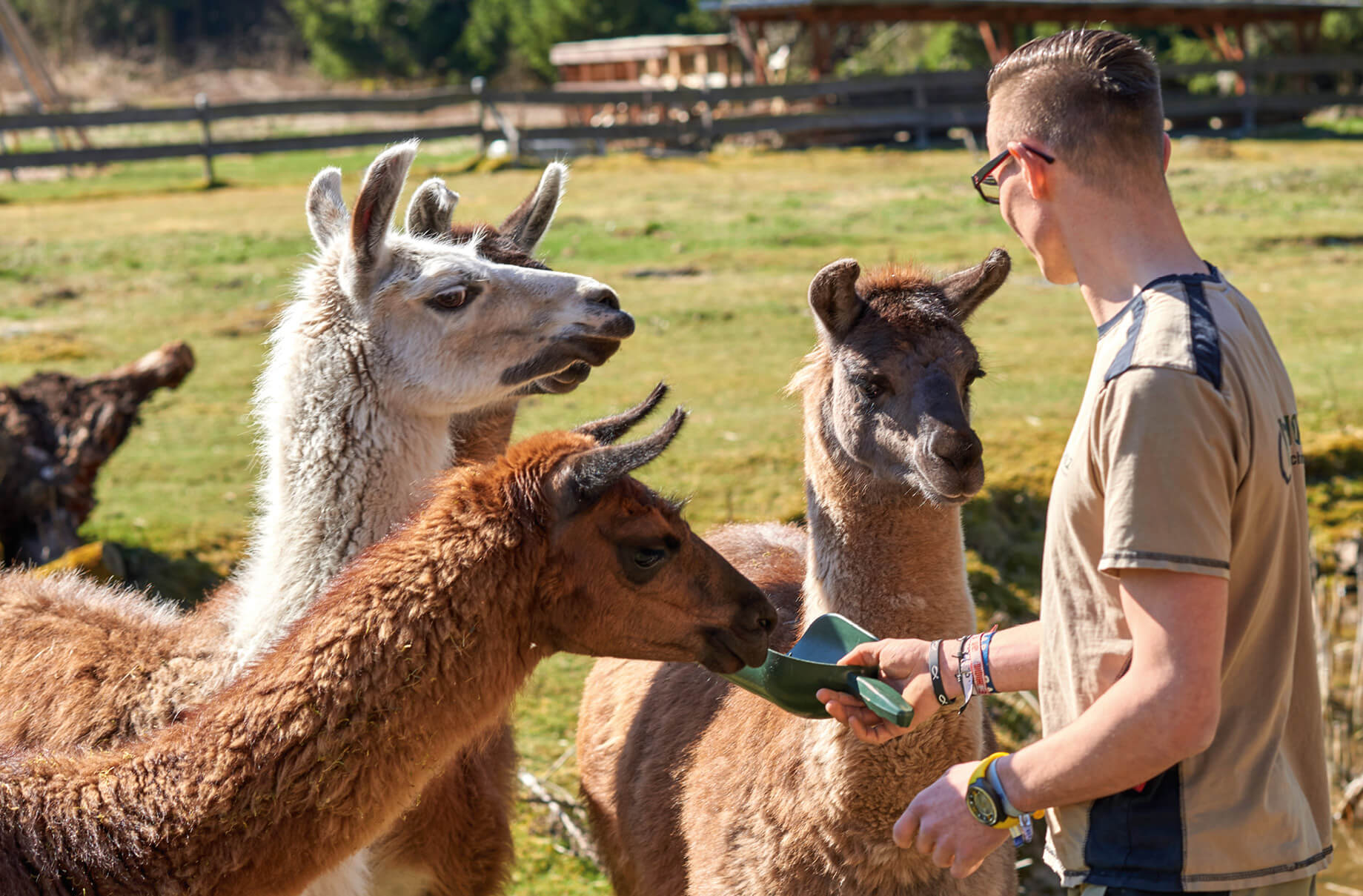 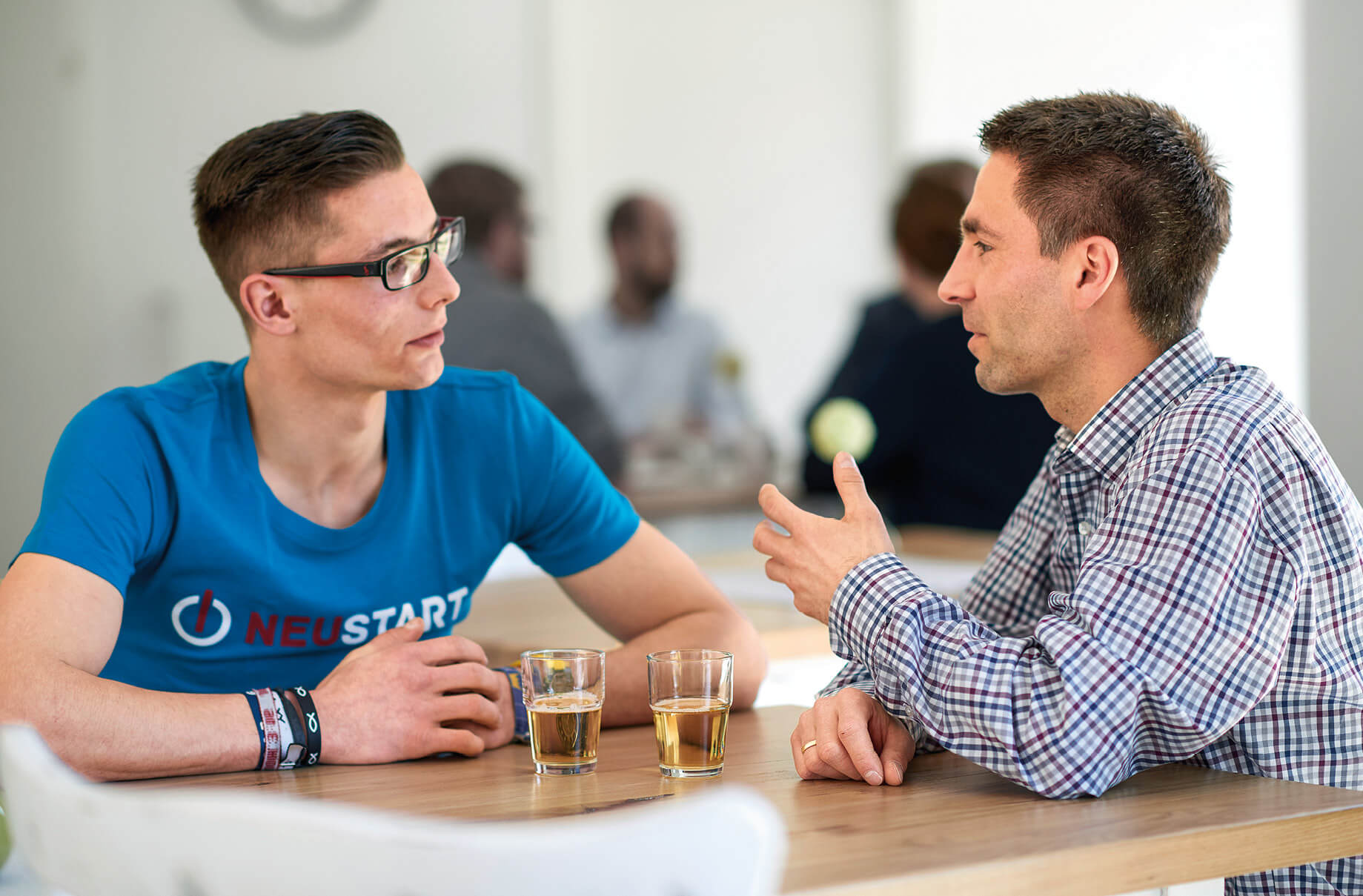 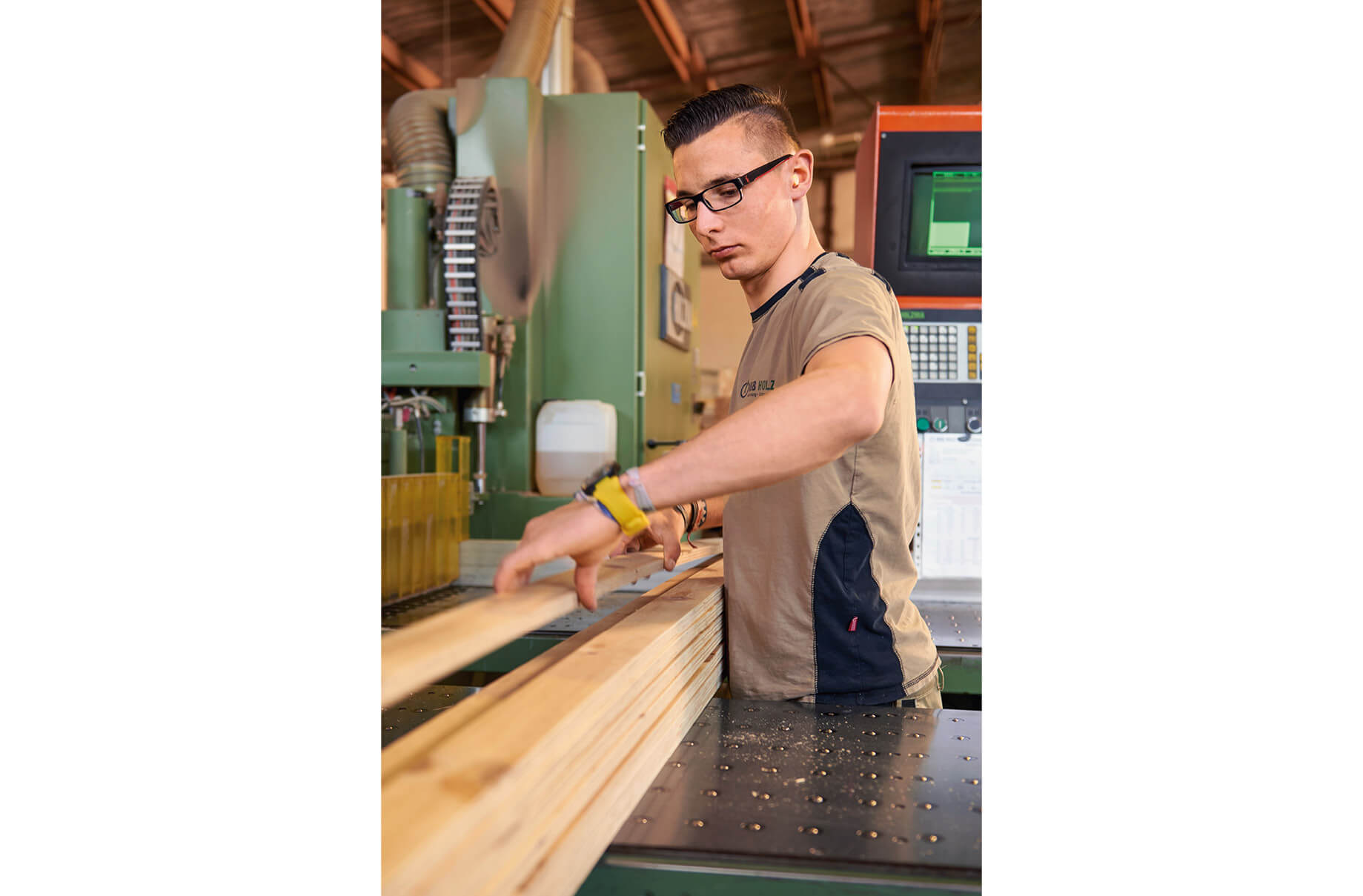 After hitting rock bottom, the only way is up

Robi Brömel cannot recall much from his bad times – thank goodness! But the narcotics have also erased many of his childhood memories. This saddens the young man. “I can still precisely recall the realisation that hit me in hospital that I would have to stop if I wanted to live,” he says gravely.

Robi sought help and made a conscious decision – on his parents’ advice – to find a Christian organisation before looking at NEUSTART in Breitscheid, among others, together with his counsellor. “The place was so calm and beautiful that I immediately opted for Breitscheid. When I saw the farm, it was love at first sight,” he smiles. After completing detox, Robi arrived there in March 2014 to make a fresh start in the rural idyll set in the heart of Hesse.

“NEUSTART and the Rittal Foundation both pursue the same aim of opening up new avenues and prospects for people who have been marginalised on our society.”

He says long-term, all-round assistance, placing faith in the men and consciously emulating the Christian role model are the most important ingredients for NEUSTART’s success. “We share our lives with these lads, who are often broken souls and can’t even manage the most rudimentary daily tasks. This calls for a great deal of patience, homely surroundings and complete dedication.” However professional they might be, those in charge hope that NEUSTART can avoid being turned into a formal-style institution for as long as possible, as they have every faith in the vitality of this lively community with its family-style framework.

Detox is not enough on its own

The workshop smells of freshly cut wood shavings. Robi is keenly focused on the milling task at hand. He has been clean for more than three years. He is training to become a carpenter and has already passed the stage-one exams. He also now has a girlfriend. “The first six months or so were unbelievably tough. The detox made my body ache all over and I was very weak and spent a lot of time sleeping,” he recalls. He had no contact with his parents and was not even allowed to attend his grandmother’s funeral. During the first year, like all new arrivals, he underwent occupational rehabilitation at NEUSTART. “It was a challenge to last for eight hours back then. But I noticed that I was managing after half a year,” he says.

Social worker Thomas Landgraf, who has mentored Robi at NEUSTART from day one, knows how important it is to get addiction-prone young people into employment. “It restores their self-confidence to learn that they can make things with their own hands. This motivates them to assume responsibility and forge relationships with others. In turn, this puts them on a good footing for developing career prospects and restoring society’s faith in them.” Thielmann then adds: “It’s not enough to take the drugs away from them. They need something to give them a new meaning in life, new self-esteem and faith in their abilities.”

The association has invested a great deal to help this happen, to make the farm complex more appealing and to encourage interaction with other young locals. The five-hectare plot was gradually enriched with a llama paddock, a scout hut, a football pitch/golfing range, a lovingly decorated farm café and various other amenities. The 5,000-euro donation towards adding a café and a common room with kitchen to the farm has just provided an extra form of support. “We are very grateful that we can rely on the long-term support of the Rittal Foundation and employees of the Friedhelm Loh Group,” Thielmann says. “Without this assistance, a lot of what we do would not be possible.” The team at NEUSTART can still vividly recall the occasion four years ago when 70 volunteers from the Friedhelm Loh Group turned up out of the blue to restore a derelict fence and lay a hard road surface at the entrance.

Friedemann Hensgen, the Chair of the Board of the Rittal Foundation, believes it makes perfect sense for a family-run business such as Rittal to nurture a particularly long and close relationship with NEUSTART. “NEUSTART and the Rittal Foundation both pursue the same aim of opening up new avenues and prospects for people who have been marginalised in our society. We have been particularly impressed by the unstinting commitment the staff show to this good cause. Thus the Rittal Foundation is happy to match this by sponsoring various NEUSTART projects,” Hensgen explains.

Robi is also conscious of a long-term change: “I have noticed that the supervisors are slowly giving me more independence and trusting me not to go downhill again. I am not afraid of doing that either.”  Robi hopes his experience will deter other children and young people from experimenting with drugs, which is why he accompanies Landgraf to neighbouring schools to tell pupils his story and answer questions. He aims to fully qualify as a carpenter next year. “I have put my life in order. NEUSTART helped me a lot, showed faith in me and taught me self-respect. It’s not possible without this kind of support.”